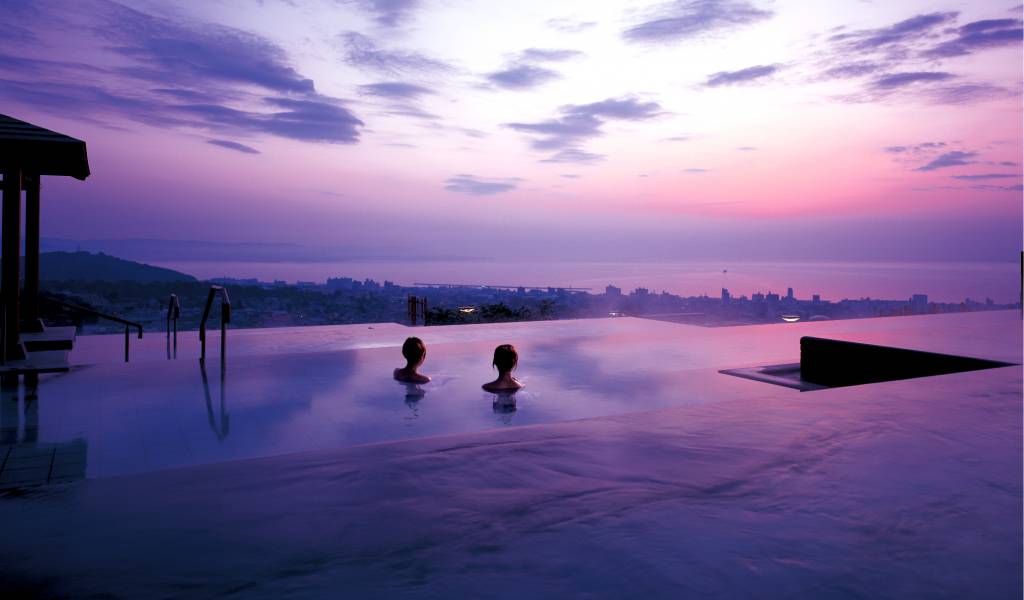 Suginoi Hotel Hon-kan is a hotel within the giant Suginoi complex in the splendiferously geothermal hills of Beppu in Oita Prefecture. How giant? Suginoi is the largest hotel resort in western Japan – perhaps only Tokyo Disney comes close in terms of scale for the rest of the country.

Suginoi is effectively a small town perched in the Beppu hills. It has numerous indoor and outdoor swimming pools, onsen style bathing, a wave pool, 5 water slides, a bowling alley, a shopping center, a creche, a foodcourt, restaurants and even a fleet of purple mini-buses that ferry guests around. 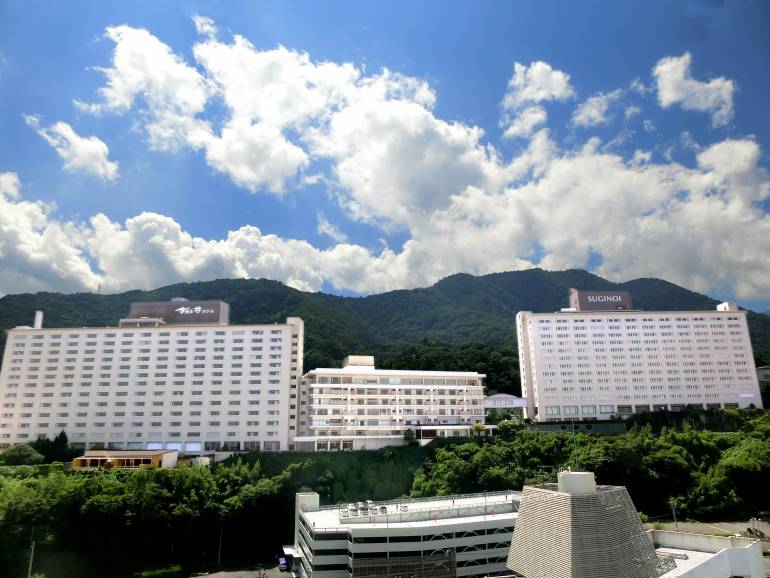 Rooms throughout the hotel come in a couple of varieties – western rooms and western+Japanese combo rooms. The wester/Japanese rooms typically have an area with tatami as well as western style beds.

If you don’t have your own transport, another advantage of Suginoi is the shuttle buses that run regularly from Beppu Station near the coast up to the Suginoi campus.

Another great feature of Suginoi is that you can you can use the pools as much as you like both on the day before you check-in and also after you check-out.