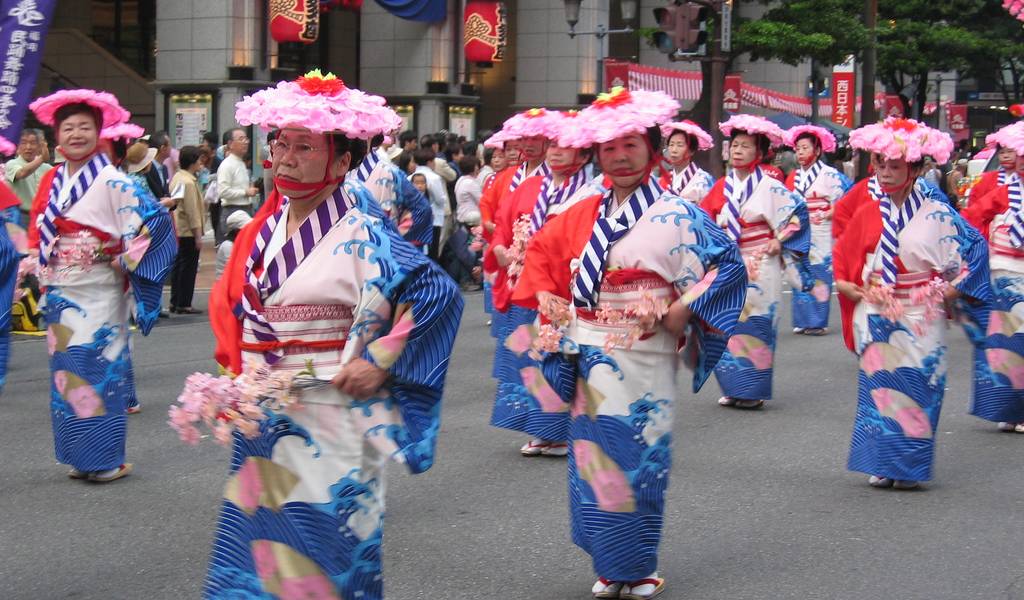 Held in Fukuoka on the 3rd and 4th of May each year, the Dontaku Festival is one of the most popularly attended festivals in Japan and is said to be the most popular held during the golden week holiday. Over the two days of dances and processions, an estimated 2 million people cheer on the participants.

The name of the festival comes from the Dutch word Zontag – meaning Sunday. However, the origins of the festival are much earlier. Dating back to 1179, the festival was known as Torimon and was a celebration of the Chinese New Year. At the beginning of the Meiji period (Japan’s opening up to the world after the isolation of the Edo period) the festival was banned due to its perceived extravagance. It was soon revived by the citizens of Fukuoka with a new name – the Dontaku Festival.