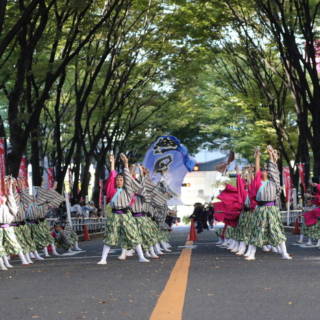 Started in 2000 with the aim of making Osaka the “Number One City of Children with Smiles”, this festival celebrates with dance displays by over 2800 performers. Held in six different locations across the city, including Osaka Castle, the festival combines traditional and modern dance performances in a competition for the best team.

This year is their 20th anniversary so it will be an even bigger event than ever. Around 70 costumed teams compete, and the final stage of the competition is a must-see, with exceptional performances and a great chance to see some of the summer-festival dance styles you may have missed as well as hip-hop and more contemporary performances. Mecha Happy is free, but you do have to pay ¥300 yen to enter Osaka Castle Hall for unreserved seats, while reserved seats are ¥1,000