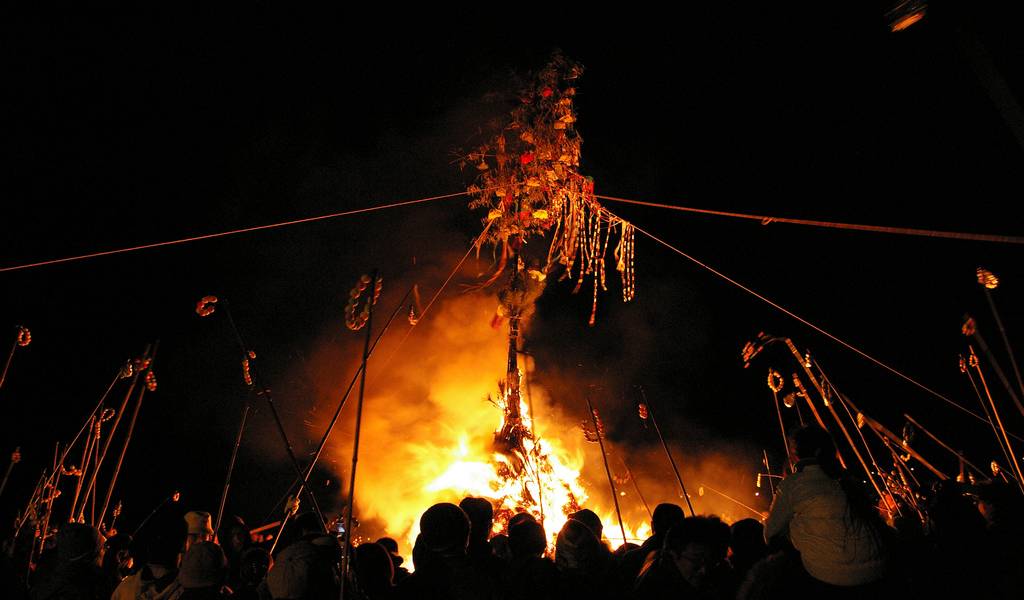 Pic: Takahiro Asai used under CC
Sharing
We are yet to confirm the dates and details of this event.

This fiery celebration takes place in mid-March each year in and around Himure Hachimangu Shrine in the city of Omihachiman, Shiga Prefecture.

In preparation for the festival, the thirteen neighborhoods that once surrounded the castle of the famed 16th century warlord Oda Nobunaga construct elaborate floats from straw, bamboo, and paper — competing for the best float prize. It’s one of Japan’s deadliest festivals. Once the winner is decided, they are all ceremoniously burned. While the floats go up in smoke with sparks flying, men with made up faces dance wildly in close proximity to the flames.

If you’re hanging around the Shiga area, you might also be able to catch the Hikiyama Festival which runs a few days later.