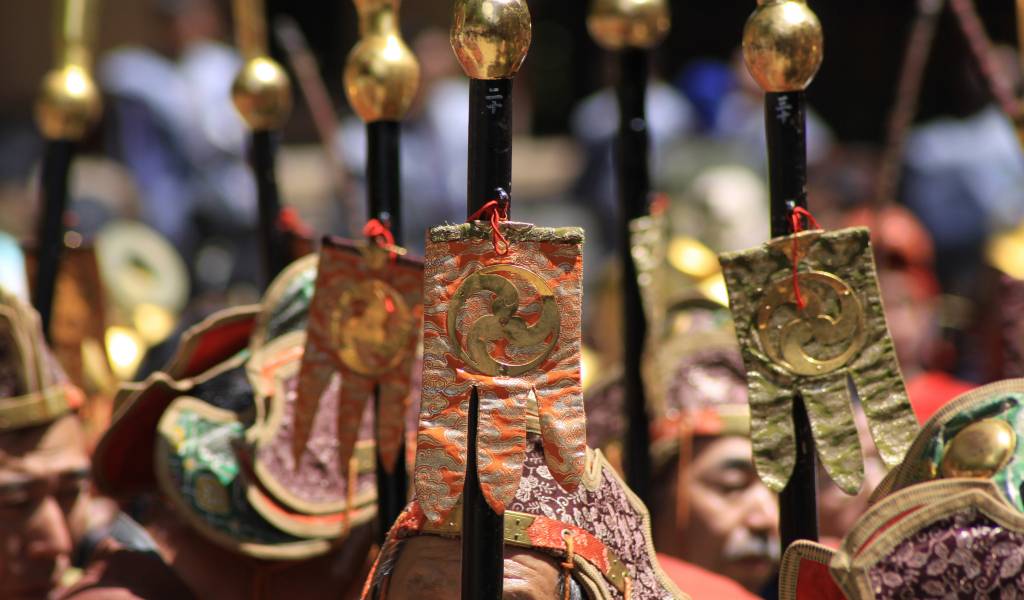 The magic word here is samurai. And World Heritage Site. Experience the grandeur of the Shogun’s army in the grounds of the vast and gorgeous Toshogu Shrine. The Shuki Taisai Grand Autumn Festival is the fall counterpart of the Shuki Reitaisai Grand Spring Festival. Like it, this festival features a grand procession of 1000 men dressed as Edo-era footsoldiers, cavalry and archers: a hyakumono-zoroe sennin gyoretsu, or Parade of 1000 Samurai Warriors, for the history geeks among us. The parade is believed to be a commemoration of the funeral procession for the mighty Ieyasu Tokogawa, the first Tokugawa Shogun, to whom the Toshogu Shrine is dedicated.

The festival begins with a demonstration of yabusame, traditional Japanese horseback archery, on the 16th of October. The grand samurai procession is on the 17th, when nearly 800 samurai follow a portable mikoshi shrine from the Futarasan-jina Shrine to Otabisho, one kilometer away. To get a good view of the procession, stand alongside the Omotesando route, which is the main approach to the Toshogu Shrine. And get there early—the crowd gets deep. Refreshments are available, and a donation of 100 yen is advised. Exact start times are hard to come by, but the yabusame is usually from 1pm until 2pm and the events of the 17th start at 11am and continue until 2pm.