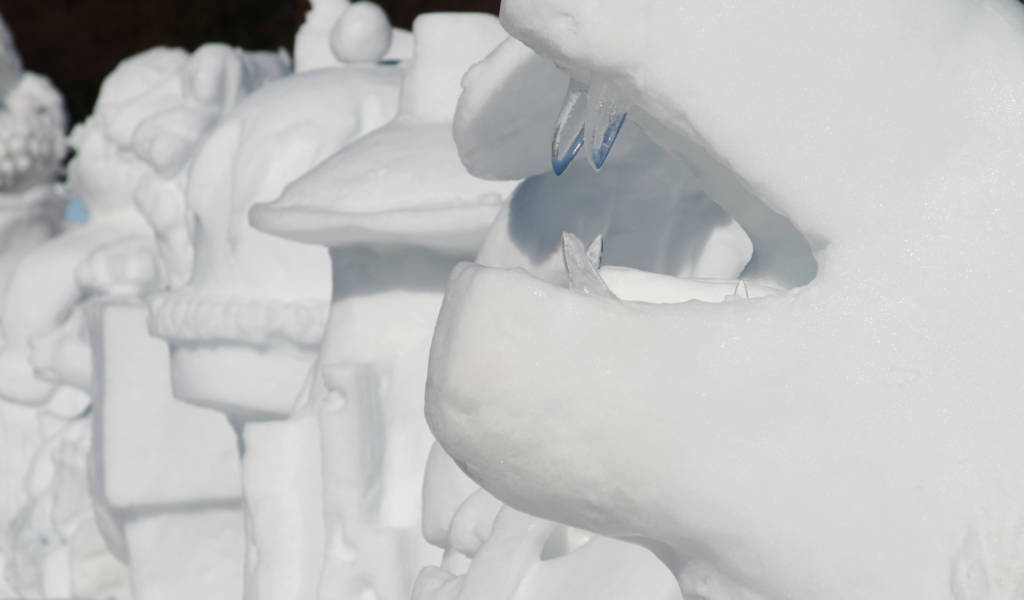 Tadami is a tiny town in the rugged mountainous region in the western part of Fukushima Prefecture that is known mainly for this annual festival.

Due to its geography, Tadami has an abundance of snow, from which participants carve giant monuments and statues. Giving sculptors just 20 days to craft a masterpiece, the festival has a central piece not too dissimilar in size to those of Sapporo. The festival features local music performances, comedy sketches, games, a magic show, traditional performances and more. To add to the spectacle, there will be a fireworks display finishing the event at 7:30 p.m. on both days.

To reach Tadami Station from Tokyo you can catch the bullet train to Echigo-yuzawa and then transfer to the Joetsu Line to Koide Station where you can catch the Tadami Line. This costs just over ¥9,000 one way and would be fully covered by the JR Pass.