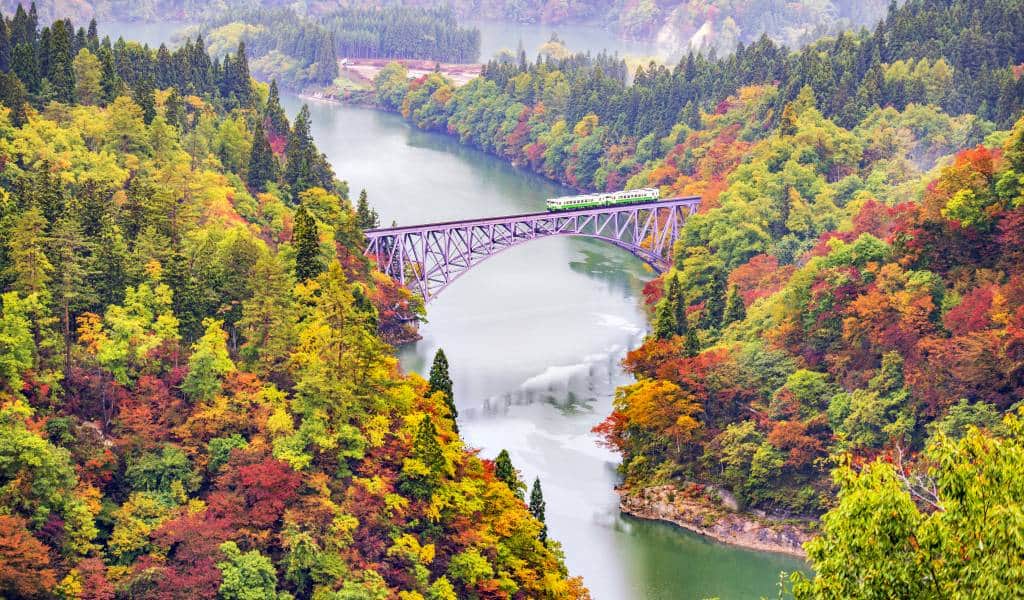 After the tragic events of March 11, 2011, Fukushima became known all around the world for the wrong reasons. What isn’t so well known is that Fukushima is a huge prefecture (Japan’s third largest), most of which was unaffected by the Fukushima Daiichi nuclear power plant meltdowns.

Interested in learning more about the disaster? Consider joining a bus tour from Tokyo, which will take you deep into some of the areas most badly affected by the 2011 tsunami and nuclear accident. It’s safe, respectful and a great way to see the recovery efforts of the local communities. Their tenacity is inspiring, and their stories will help debunk any misconceptions you may have had about the Fukushima disaster and its legacy.

How to get to Fukushima

Fukushima has its own airport, but its flights go to and from either Sapporo or Osaka.

You can take the Tohoku Shinkansen to Fukushima and get there in 90 minutes from Tokyo. It costs just over ¥9,000 (plus a handling fee if you buy tickets online). Going from Sendai by the same bullet train is a shorter option.

As with the rest of Japan, trains are the number one way to go places. The Shinkansen and local railways stop at all the major places you’d visit in Fukushima. Local buses are your other public transportation ally. Renting a car is also a good option, especially if you plan to fly in.

What to see and do in Fukushima

Aizuwakamatsu Castle, aka Tsuruga Castle, in Aizuwakamatsu is only a replica, but it was the site of a major battle in the Boshin War. On the nearby Mt. Iimori are the graves of 19 teenage soldiers who committed seppuku (ritual suicide) during said battle. Sounds gruesome, but might make for an interesting stop on your adventures, especially if samurai history is your thing.

Outdoorsy people rejoice because Bandai has lots to offer in that department. Mt. Bandai and Lake Inawashiro, along with a number of trails, offer panorama-perfect views. The autumn leaves are especially nice. If you head there in winter, skiing is available.

Bonus: there are two natural phenomena you can only see in winter. Shibuki-gori are very cool natural ice sculptures (pun intended) that appear on Lake Inawashiro’s Tenjinhama beach. The other is the Yellow Fall, which FYI isn’t the result of some animal taking care of its business. The water actually has sulfur and iron in it and when it freezes it forms a golden frozen fall.

Another attraction is Shimogo’s To-no-Hetsuri. A valley designated as an Important Natural Monument, erosion has caused the rock to form tower-like shapes. Together with the trees growing right out of the rock formation, it’s a great scenic point.

All Articles about Fukushima

Things To Do in Fukushima