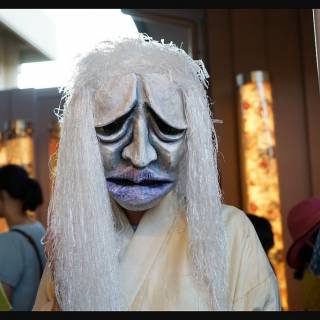 The Tokushima Yokai (monster) Matsuri is a unique event that takes place at Kamimyo Elementary School near the somewhat remote Hiraga Shrine in Miyoshi, Tokushima Prefecture – a town that is famous for Yokai.

If you’re not a yokai-culture, manga or anime devotee, then you might be unfamiliar with these monsters. Yokai are supernatural monsters that come from Japanese folklore.

The festival will feature local delicacies as well as a march of the Yokai, a Yokai Mikoshi procession and a band made up of, you guessed it, Yokai.

To get to the venue, you need to catch a bus or taxi for 15 minutes from Oboke Station on the JR Dosan Line. Oboke is about 1 hour by train from Marugame City in Kagawa Prefecture.