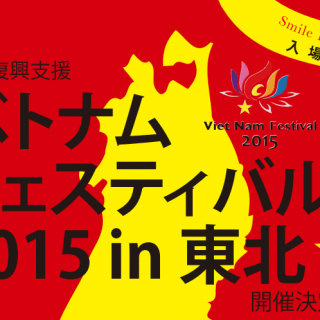 The Aeon Super Center in Kurihara City plays host to the Vietnam Festival 2015 in Tohoku.

This is the first time that the enormously popular festival has been held outside Tokyo. The Tokyo version attracted 180,000 visitors to its most recent event.

The festival will feature the cuisine, music and dance of Vietnam. As with the Tokyo festival there will also be a lantern festival as part of the event.