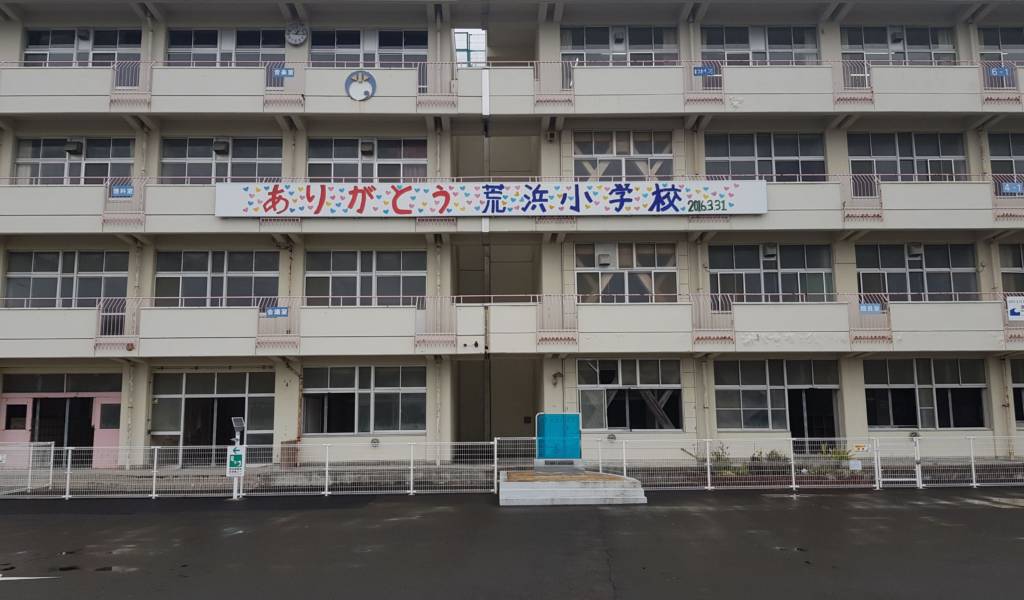 Standing as a testament to the Great East Japan Earthquake of 2011 and the destructive tsunami which followed, Arahama Elementary school is now a museum to the events on that day and the town of Arahama which was mostly wiped out in the disaster.

As the huge tsunami swept ashore in Sendai’s eastern Wakabayashi Ward, teachers and students took shelter in the Elementary School. The water level rose to the second storey of the building while the wave continued relentlessly for four kilometers inland.

Sheltering in the cold and dark, it was another 24 hours before the last of the survivors was airlifted from the roof of the school.

Although the tsunami debris was cleared from the lower storeys, the wave damage was left untouched. On the ground floor, windows were pushed out and classrooms scowered. The second floor shows evidence of the power of the wave with broken concrete and twisted iron on the ocean side of the school.

The upper floors are given over to collecting the memories of residents who had lived in the area and to explanations of the tsunami defences which are still under construction.

The roof gives visitors a chance to compare the current empty fields to the streets, houses and gardens that existed prior to the fateful day of March 11th, 2011.

From Arai Station on the Tozai subway line, take the bus to the last stop. The bus journey is about 15 minutes. If travelling by car, the school is a 10 minute drive from the Sendai-higashi Interchange on the Sendai Tobu Road.