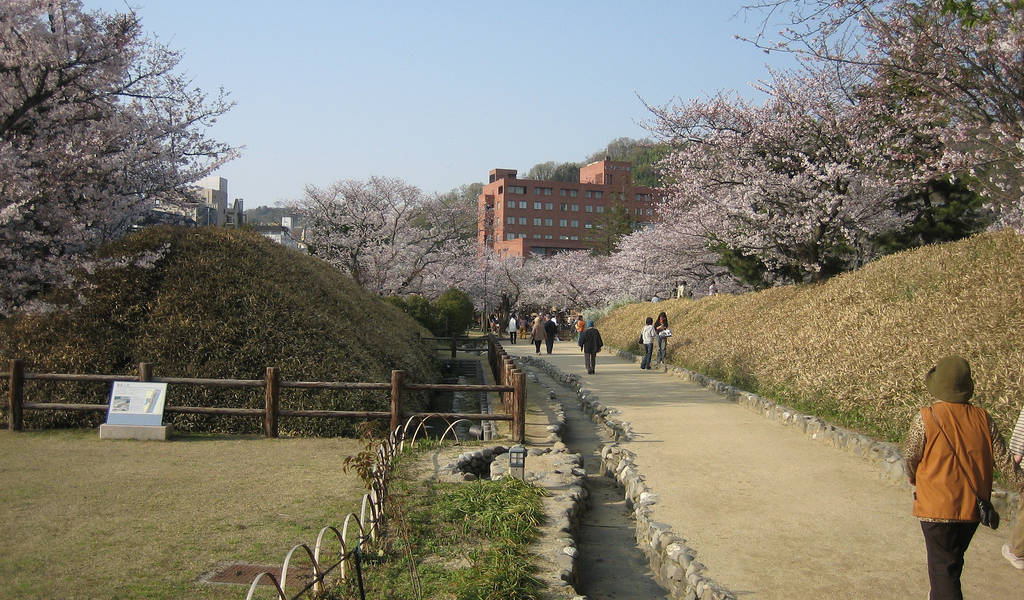 A Small park, Dogo Koen contains the grounds of Yuzuki Castle, which stood for 250 years between the 14th and 16th centuries. There are still the inner and outer moats as well as visible raised sections. The park is popular for Hanami in Spring as it has lots of cherry trees. There are reconstructed Samurai houses and displays of excavated findings from the past and a small museum. Entry to the park and museums is free and while the park is always open, the museum is only accessible between 9am – 5pm and closed on Mondays unless it is a national holiday in which case it will be closed the following day.

Dogo onsen can be reached on the Iyotetsu Line which runs from Matsuyama Station.