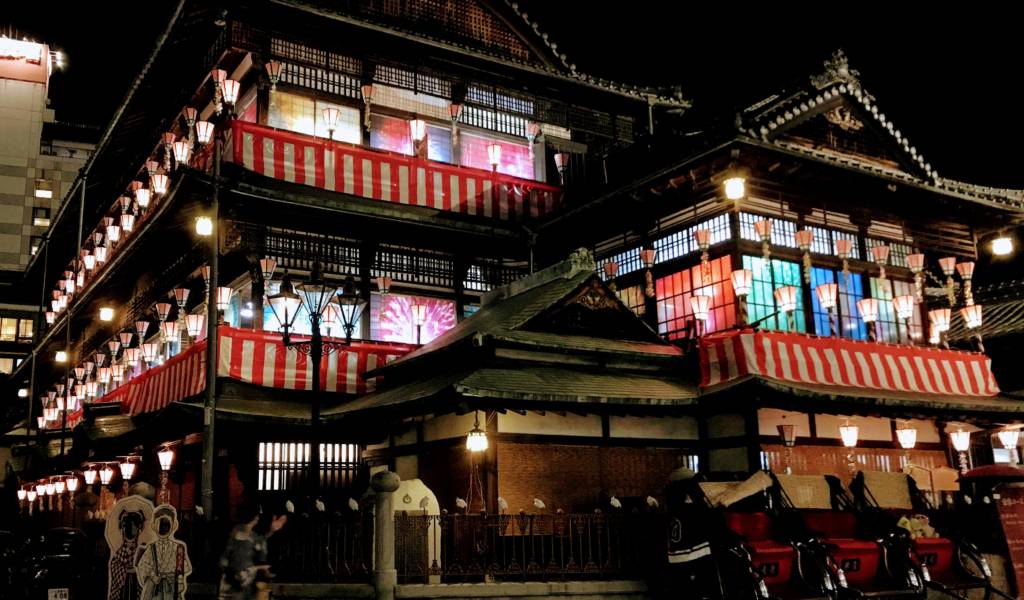 Sharing
Starting in 2019, and estimated to take about seven years, Dōgo Onsen Honkan is undergoing renovation works. At no point will the entire facilities be closed; however, access will be limited. Currently only the Tama no Yu bath on the first floor is open. The official website has progress reports on the work and reopenings.

Dōgo Onsen can be reached on the Iyotetsu Line which runs from Matsuyama Station.