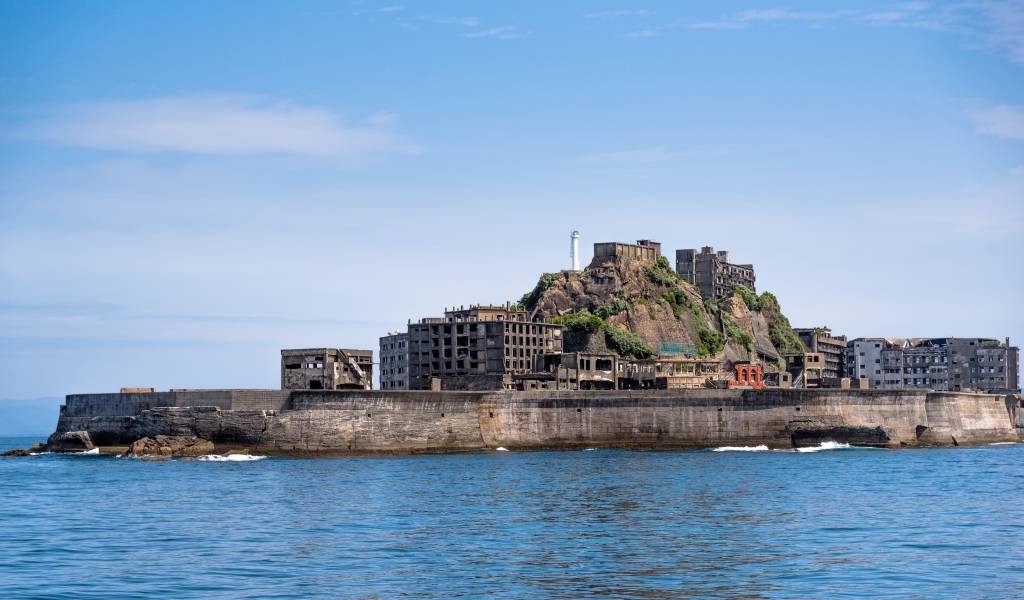 This was once the most densely populated place on earth and is known by the more famous moniker of Gunkanjima – battleship island. It is now one of the 505 uninhabited islands of Nagasaki and has plenty of abandoned buildings as well as undersea coal mines which were established in 1887. The Island reached peak population in 1887 with over 5000 inhabitants but after the mines closed in 1974, the residents soon left. Travel to Hashima has been reopened to tourists since 2009 and it is now a UNESCO World Heritage Site (as of 2015) as an important location during the Meiji Industrial revolution. This was contested by South Korea however, as forced labor of South Korean and Chinese migrants was used on the Island – an agreement was reached though, as Japan agreed to explain the history in the information provided to tourists.

Read about how to visit it here!

If you want to be picky, “Shima” means island so technically it’s “Ha Island” not Hashima island – but no one will judge you for saying the full whack.