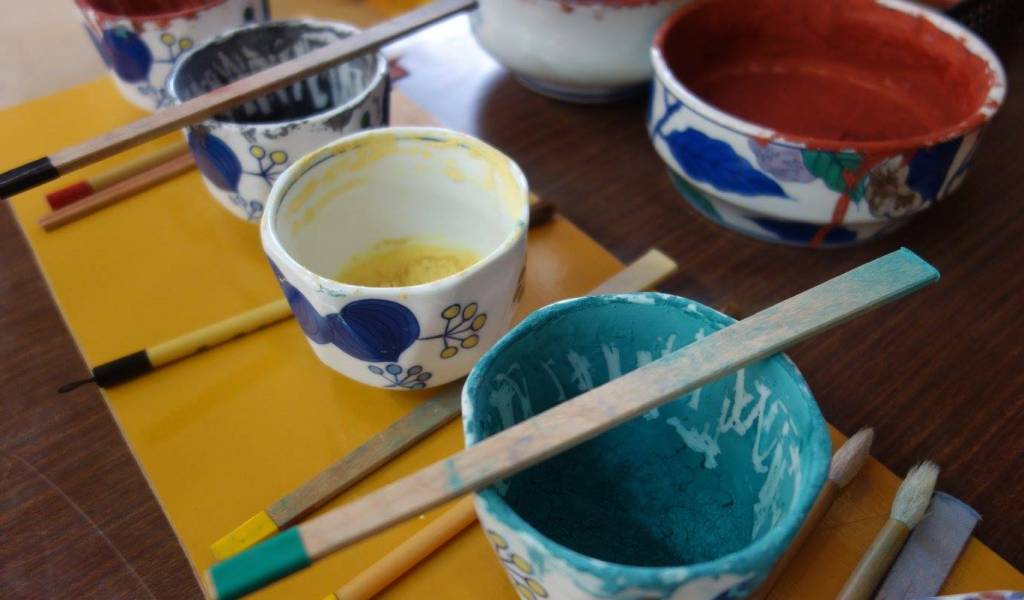 A family run pottery school and shop with an unusual climbing-kiln where you can make or paint pottery! Jozan Pottery stands out in the famous pottery town as it is made in a climbing kiln which has an element of unpredictability to it, leading to a more diverse finish on the pieces it fires. The business is run by a father and son; we were taught by Kaneko Nobuhiko, who left school at 15 to learn the craft. Having grown up near the Shouin Shrine, he was inspired and would make statues of the progressive teacher at school, which were so admired by those around him he dropped out to focus on his work. His son now works alongside him and his award-winning pieces have been exhibited internationally.

Opening hours: 8am-5pm, but you must arrive by  4pm for classes which can be reserved over the phone (Japanese needed for this, but not really the class).