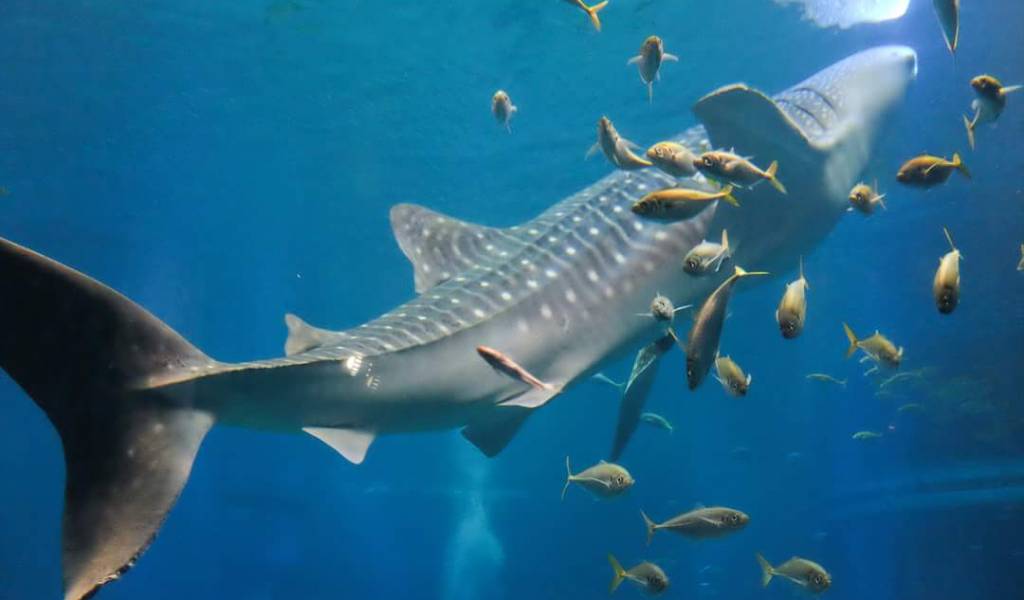 One of Japan’s most popular aquariums, known for its whale sharks.

Access: The Osaka Kaiyu ticket provides aquarium entry, Tempozan discounts and unlimited Osaka train/bus travel on the day—bought at train stations NOT at the aquarium. The basic metro plan costs ¥2,600 but there are also options for other train lines including Hankyu, Kintetsu and Nakai.

The aquarium has done away with dolphin or other marine animal shows which are not deemed ethical anymore. It still keeps dolphins and seals though, but in tanks that are more spacious and natural than most other aquariums in Japan.

Children’s tickets are divided by age (rather than the more common use of shool years in Japan). Tickets for those aged between 7-15 cost ¥1,200, for those aged 4-6 it’s ¥600 and children aged under three go in for free.

The opening hours are generally 10am – 8pm with last entry an hour before closing, but some dates have slightly altered hours – check here before you visit.