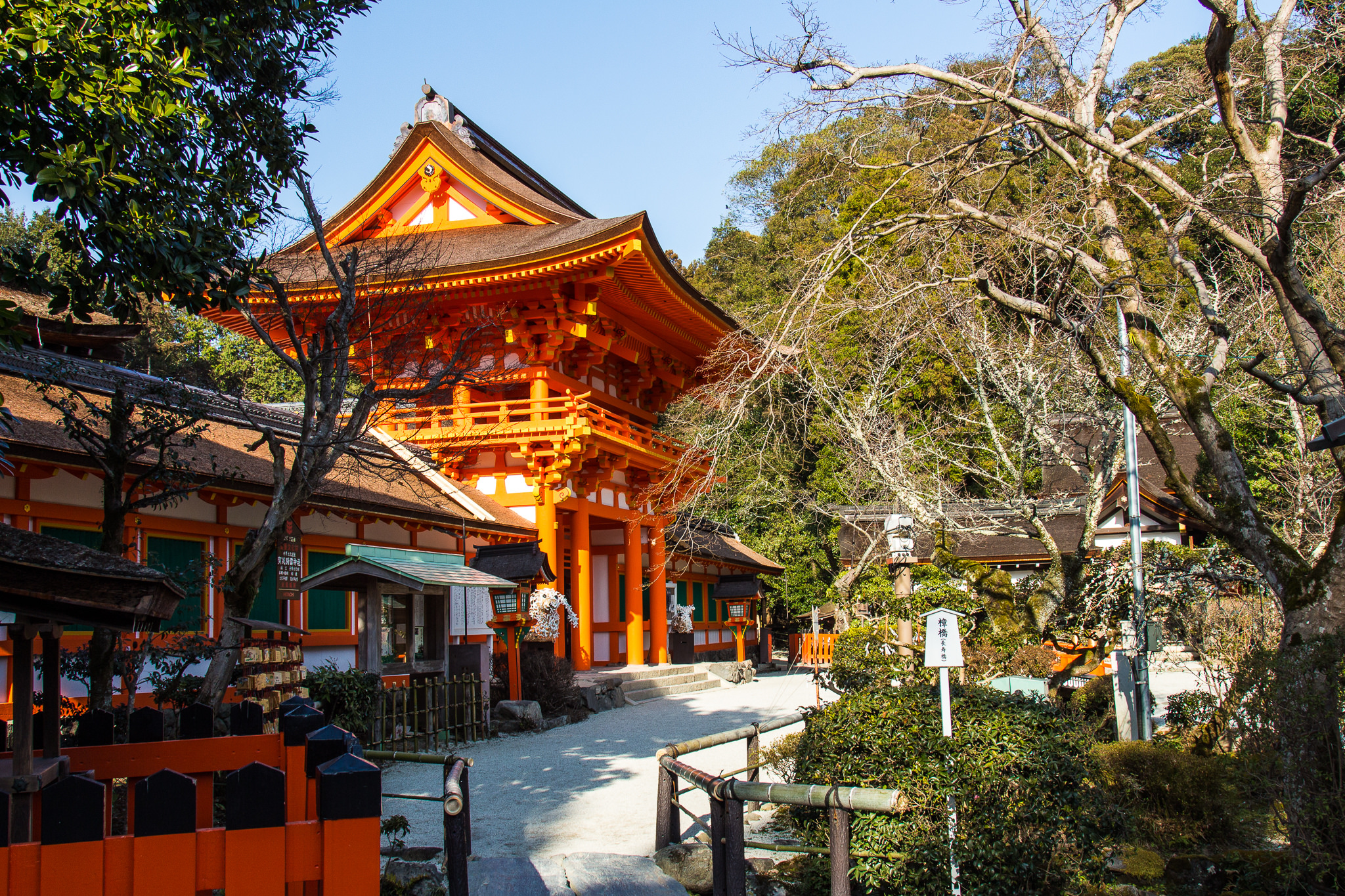 On the banks of the Kamo River in northern Kyoto, Kamigamo Shrine is one of the oldest in Japan.

A world heritage site, it was established in more than 1,300 years ago in 678 and is paired with the Shimigamo Shrine. While none of the structures from that time survive, the shrine is famous for the worship hall (haiden) which was rebuilt in 1628. The shrine is the finishing point of the Aoi Matsuri – one of Kyoto’s most famous festivals. The two sand cones on the grounds are used for purification and have been sustained since ancient times. There is a market there on the 22nd of each month. City buses 4, 46 and 67 frequently stop nearby.