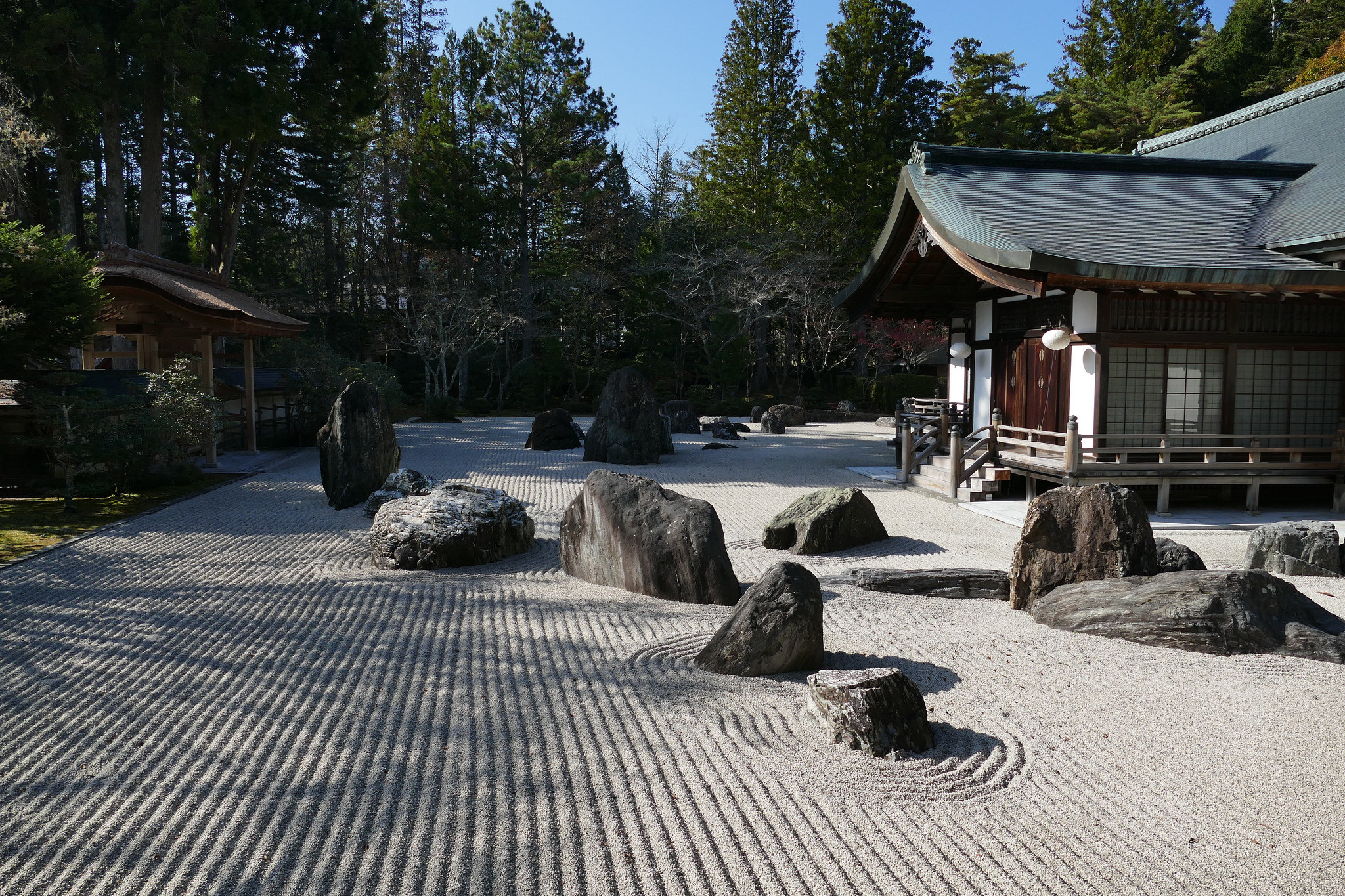 The heart of the sacred mountain complex known as Koyasan, Kongobunji is a demure temple with a rock garden, kitchens and the famous willow room.

While the mountain is the home of the Shingon Buddhist sect and was founded as a holy sit ecenturies ago by Kobo Daishi, the temple itself was originally built in 1593. Serving as a mausoleum for the mother of Toyotomi Hideyoshi, it was later merged with a nearby templeto become the official head of the Buddhist sect. Inside visitors can see the willow room, a tea hall and Japan’s largest rock garden – called Banryutei. Created in 1984 it features rocks from the island of Shikoku, Kobo Daishi’s birthplace, and is said to represent dragons emerging from the clouds. Throughout the temple, the intricate and decorative paintings adorning the sliding doors are a highlight, some tracing Kobo Daishi’s journey in China and his work on Koyasan.