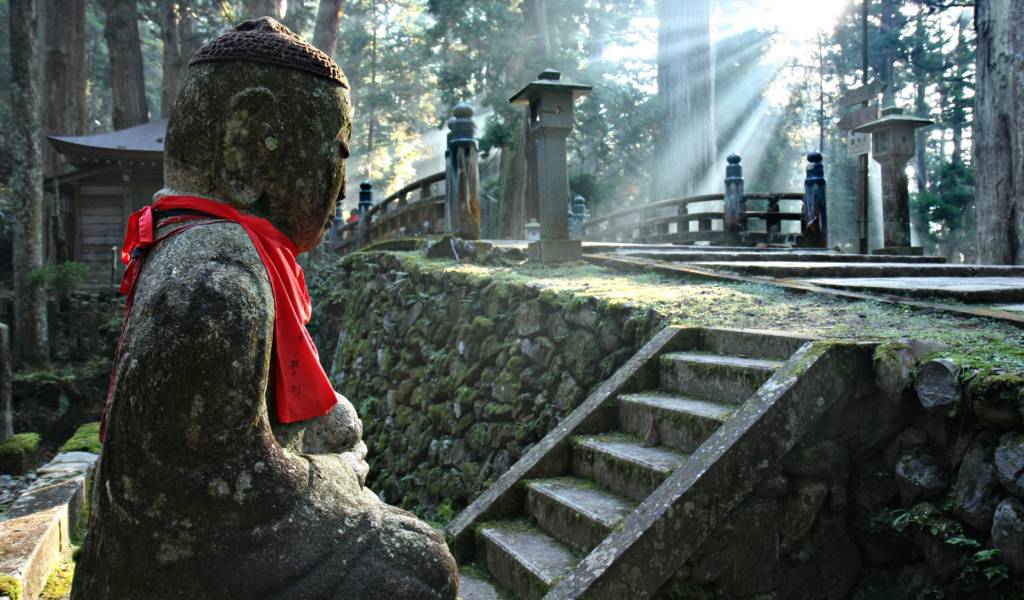 Mount Koya: A Visitor's Guide to Japan's Most Sacred Site

Mount Koya, also known as Koyasan, is a key destination for anyone wanting to learn more about the history and spirituality of Buddhism in Japan. Even for those with just a fleeting interest in religion, the mountain with its monk-run temples and lush landscapes will appreciate the tranquility and beauty of this fascinating, secluded retreat.

The mountain is recognized as the center of Shingon Buddhism, an influential sect of Buddhism introduced to Japan in 805 by one of the nation’s most equally influential religious figures, Kobo Daishi (sometimes also called Kukai, 774–835), a Buddhist monk, calligrapher, and poet.

As the legend goes, Kobo Daishi built the sect’s headquarters on this mountain after a long and arduous journey all over Japan, looking for the perfect place to set up this incredible place of worship. In 826, Kobo Daishi set up the mountain’s original Garan temple complex (a newer incarnation stands today). Following the establishment of this temple, spiritual followers joined the great monk, setting up temples throughout the richly forested top of Mount Koya, slowly creating the landscape we have today.

The area is still home to some of the country’s most sacred landmarks, including Kongobuji, the head temple of Shingon Buddhism, and Okunoin, the grave of many of Japan’s elite and influential. Okunoin is also the site of Kobo Daishi’s mausoleum. Many say this is where he rests today in a state of eternal meditation. Given its deep Buddhist lineage, Mount Koya, while not in Shikoku, is considered the starting point of the Shikoku 88 Temple Pilgrimage.

Thanks to its position high in the mountains of Wakayama, Mount Koya offers spectacular landscapes and seasonal views throughout the year. In summer, it’s not as hot as nearby Kyoto and Osaka, thanks to its lush, forested surroundings. In winter, the mountain might be a little more difficult to access, given the decent amount of snow that carpets the mountaintop. However, the lantern-lit pathways and artfully curated temple gardens dusted in snow do make for some pretty stunning views.

But if there were one top season to visit, it’d have to be autumn (October–November), when the seasonal foliage transforms that mountain from deep greens to fiery shades of red, orange and gold.

What to do on Mount Koya

Clearly the first thing you should do when getting to Mount Koya is put aside the best part of a day to just stroll around the mountain to get a feel of the place and explore the sacred landmarks. Okunoin is first on the list and if you want to be generous, it’s worth putting aside 2–3 hours just to do this. The walk is about two kilometers, and the site houses around 200,000 tombstones belonging to prominent monks, feudal lords, and other influential figures in Japanese culture. Along the way, you’ll get to Torodo Hall (Hall of Lamps). This is the main hall for worship, built in front of Kobo Daishi’s mausoleum, and it most spectacular in its illuminated glory after dark.

In addition to Okunoin, the mountain is home to many other sacred landmarks including the monastery of the Shingon sect, Kongobuji Temple, Garan temple complex, the gigantic Konpon Daito Pagoda. It’s also home to Reihokan Museum, a museum housing some of the mountain’s most important cultural treasures.

While being vegetarian in Japan isn’t easy at the best of times, non-meat eaters will be in heaven when visiting Mount Koya, as many, perhaps even all of the establishments here are proudly vegetarian. To remain pure, Buddhist monks observe a vegetarian diet, consisting largely of tofu and delicious seasonal wild vegetables. This cuisine is known as shojin ryori.

Each morning, many of the mountain’s temple lodging welcome the day with near-dawn, meditative morning prayer service. If you want to join one, just ask the temple’s monks the evening before, and they’ll likely be able to save you a spot.
One tip, Eko-In Temple runs a morning service and a goma (homa) fire ritual, just beside the inn. This hypnotic ritual is a display of the fleetingness of life and the innate freedom that can come with just letting go. Well worth experiencing if you have the opportunity.

Meditation is another centerpiece of the Buddhist religion and a great way to center the body and mind. As with the morning prayer services, many temples offer meditation experiences throughout the day, so if you’re staying, just ask your temple monk about when the meditation sessions run.

Although Mount Koya is a doable and popular day trip, to truly appreciate the area, it’s highly recommended that you book a temple stay, which is, yes, as the name suggests, a stay at one of the mountain’s many monk-run temples. The temple facilities vary depending on you budget and style, but overall the cultural offerings—like meditations, morning prayer services, meals—come as part of the stay.

Where to stay on Mount Koya 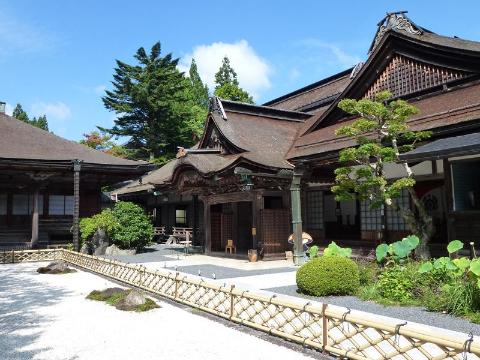 One of the cheaper options in the area, Yochi-in is a traditional temple with an elegantly minimalistic garden and excellent location. This temple was established in 1127 by Imperial Prince Kakuho, the fourth son of Emperor Shirakawa. The facility serves traditional shojin ryori meals, and guests are invited to attend the temple’s religious morning ceremony (about 6:30 am) when you stay at the temple. Rooms here are private, but the bathing and toilet facilities are communal. 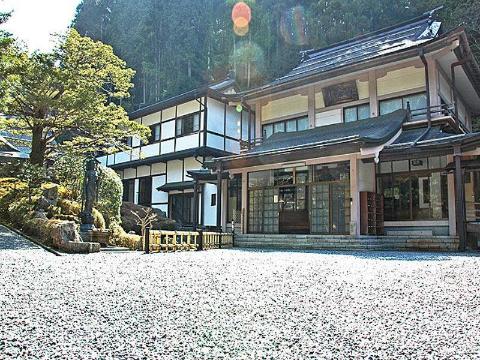 This cozy temple is ideally situated just off the main road between the visitor center and Okunoin cemetery. It’s one of the smaller temples in the area, which has its benefits, as it can feel a lot more intimate and secluded. They serve traditional Buddhist vegetarian cuisine for breakfast and supper as part of your stay, and meals are served in the atmospheric Shoin reading room building, which dates back to the Momoyama period (1573~1603). Each room also has an en suite. 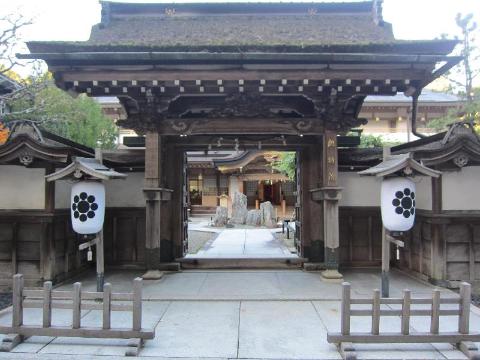 This 1,200-year-old Buddhist temple is located right in the heart of Mount Koya and is, depending on the season, one of the more expensive and luxurious choices on the list. It sits right across from the temple complex, which makes for an incredible ambiance. Shojin ryori is served for breakfast and supper, and even the occasional glass of wine can be enjoyed on the scenic deck.

How to get to Mount Koya

From Tokyo or Kyoto

There’s no real direct route from Tokyo or Kyoto to Mount Koya, so we’d suggest making your way to Shin-Osaka Station, then heading to Mount Koya from there.

Mount Koya is most easily accessed via the Nankai Railways, which depart from Osaka’s Namba Station and Shin-Imamiya Station.

From either station, take the Nankai Koya Line to the Gokurakubashi terminal station. There are a few limited express trains, which take about 80 minutes; otherwise this route will take around 100 minutes.

From Gokurakubashi, you can transfer to the cable car which travels up the mountain to Mount Koya, and it takes about five minutes.

Once you arrive you can get around by the local Mount Koya bus.

To save a bit of money, Nankai Railway also offers the Koyasan World Heritage Ticket. This pass provides:

It costs ¥3,400 and is sold at major Nankai Line stations.

Wakayama
Written by: Lucy Dayman
Filed under: Things to Do
Tags:
Sharing