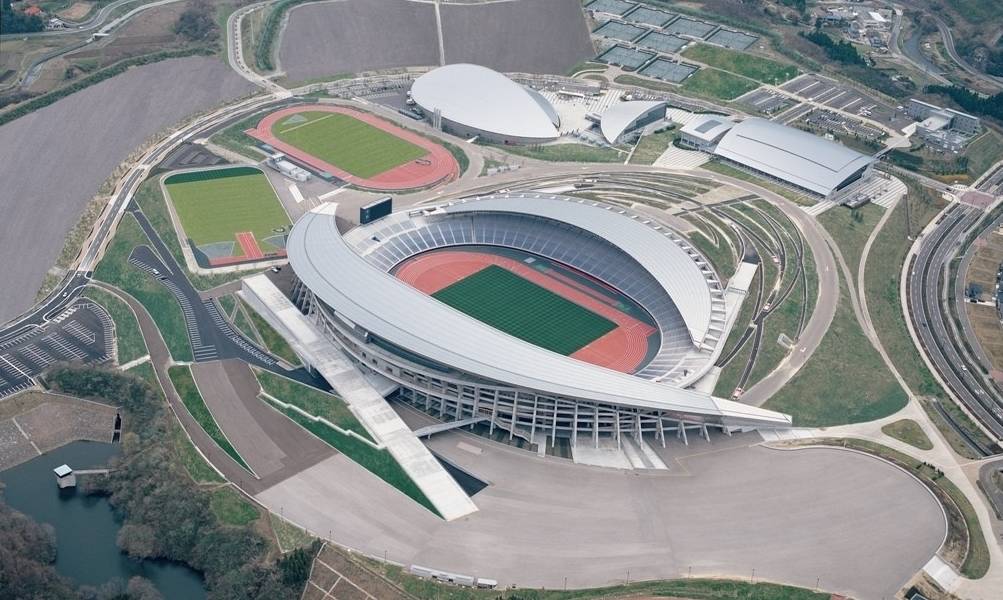 Designed to be reminiscent of the crescent moon on the helmet of a 16th century feudal lord, this football stadium also hosts athletic events.

During the 2020 Olympics the stadium will host some of the football matches, encouraging visitors north of the capital.

Due to Olympic naming rules, the stadium is being called the Miyagi Stadium but is otherwise known as Q&S Stadium Miyagi.