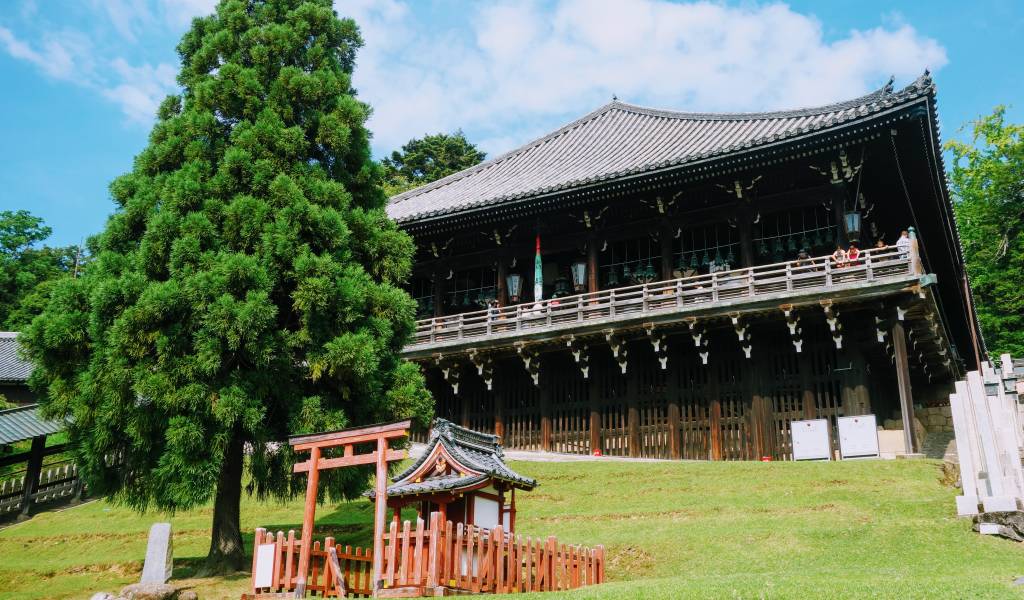 Located up on the slopes of Mt. Wakakusa, the temple’s expansive balcony offers stunning sunset views of the city and is host to an annual Omizutori festival.

Techinically part of Todaiji, Nigatsudo is still an important and semi-separate temple complex, founded in the 8th centruy by Buddhist monk Sanetada. The buildings have survived a number of significant fires elsewhere in the larger Todai-ji complex, but the main hall was lost to fire during a ceremony in 1667. The current structures remain National Treasures and host two ‘secret’ Buddhas – statues not shown to the public.

The Omizutori event is a dramatic event marking the end of Shuni-e, a two-week repentence service held every year for well over a century. Despite being primarily a water-drawing festival, it is primarily known for its fire brandishing, with the water drawing done in a private ceremony.