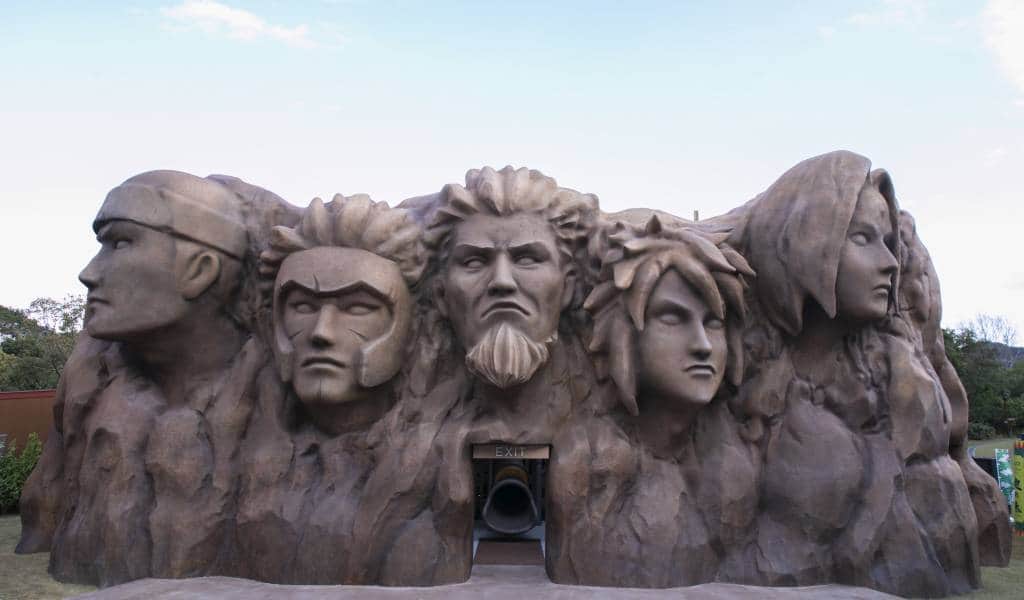 Located on Awaji Island in the middle of Hyogo Prefectural Awajishima Park, Nijigen no Mori is a theme park with some attractions based on well known Japanese anime and pop culture.

At the moment, the Godzilla attraction consists of only the Godzilla Museum, featuring props and costumes from the many, many films. Eventually, there will be a zipline ride through or around a “life-size” Godzilla.

If you wish to stay at the park overnight, they offer a rather pricey “glamping” option, in cabins, which illustrates the difference in understanding of what glamping means in Japan.

Tickets for Naruto and Boruto Shinobi-zato are ¥3,300 for adults and ¥1,200 for children. There are more expensive packages that include more rides and special souvenirs such as acrylic figures.

Crayon Shin-chan Adventure park has a large number of packages starting from ¥2,500 for kids (elementary school age). Adults can get a ¥1,200 ticket for accompanying their child.

The Jenova Line ferries run from Akashi Port to Iwaya Port at least once an hour from 5:20 am until 11:20 pm, with more frequent services in the morning and the evening. The journey across the water takes approximately 13 minutes and a ticket for an adult costs ¥530, while children travel for ¥270. The free shuttle bus from the port to Nijigen no Mori takes only 3 minutes and runs multiple times per hour.

Buses run from Kansai International Airport, Sannomiya in Kobe, Namba in Osaka. Some stop at “Highway Paradise”, which is part of Nijigen no Mori, while others stop at Awaji IC (Awaji Interchange) from which passengers can board free shuttle buses to the park.