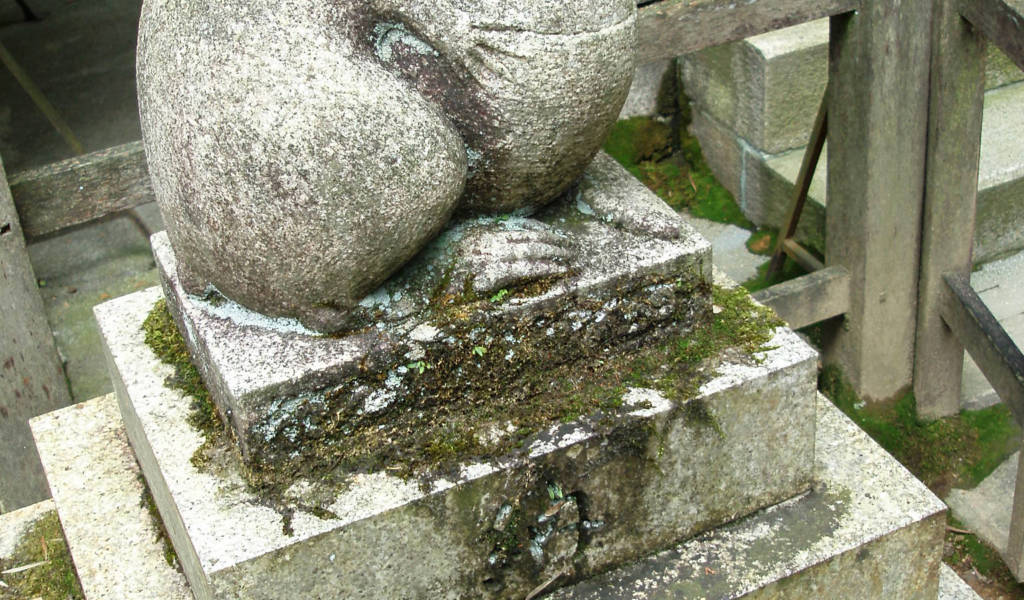 Also known as Santuario Ootoya, this little shrine has an unusual pair guarding its contents. Rather than having the shinto messnger foxes, this spot has two rather friendly-looking mice in charge. The shrine is dedicated to Okuninushi, a hero who made the mistake of falling in love with the daughter of a storm God. While seeking the father’s approval, he was tricked into a reed-field in search of an arrow but soon found himself surrounded by flames. In his moment of need, a mouse guided him to a hiding place and even brought him the arrow when it was safe to retrieve it. His relationship with mice was set in stone (literally) and the two mice guard his shrine. One offers support in childbirth and one in education, so it’s popular with expectant families as well as studious kids.