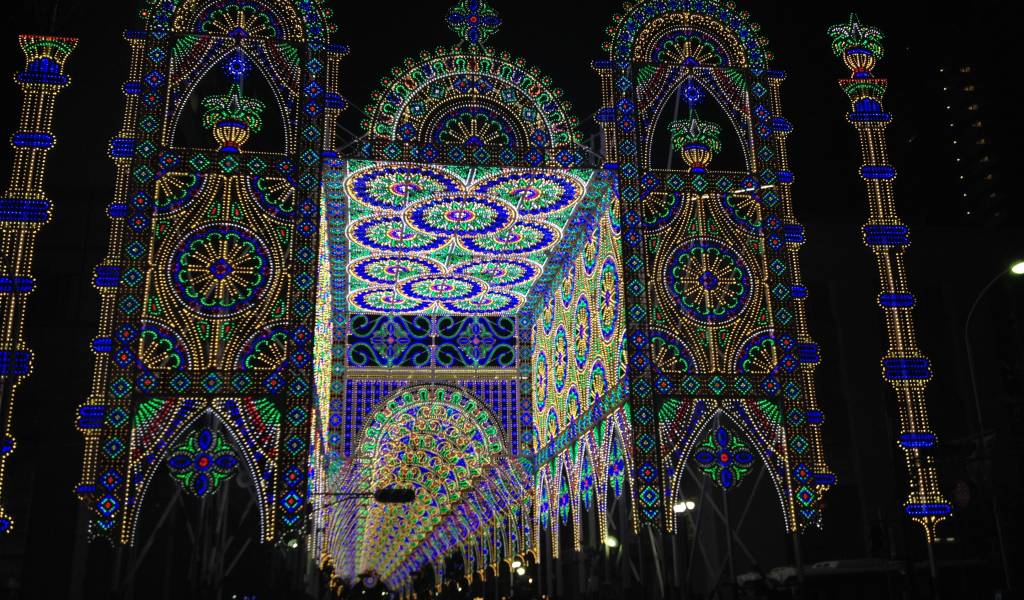 Pic: Bjorn
Sharing
Update: For 2022, the illuminations will once again be postponed, but an alternative event will take place. See below for details.

Kobe Luminarie is an annual winter light-up held in memory of the victims of the Great Hanshin Earthquake of 1995. Now running for over 20 years, the event takes place in the vicinity of Motomachi Station on the JR Kobe Line starting at the Former Foreign Settlement and extending to Higashi Yuenchi Park.

The event has gone through some financial straits since the pandemic and is asking for donations so that they can continue the illuminations in the future.

While 2022 won’t be the jaw-dropping show it once was, there will still be some illuminations!

There will be music and shows in all locations.

Motomachi Station is a very quick train journey on the Kobe or Gakkentoshi lines and costs ¥120 – it’s also a 20-minute walk. The Station is also within walking distance of Kobe-Sannomiya station as well as the Kyukyoryuchi-Daimarumae subway station.

Guesthouse Kobe Nadeshikoya is located close to Motomachi Station and has dorms, private family and group rooms. The hostel dorms are capsule-style allowing a decent amount of privacy with wifi and lockers included. The Hotel Trusty Kyoryuchi is located between Motomachi Station and Higashi Yuenchi Park, with smart, compact rooms available at decent rates. If you’re looking to treat yourself, the Oriental Hotel is very nice, with pricier rates but added luxury in return.