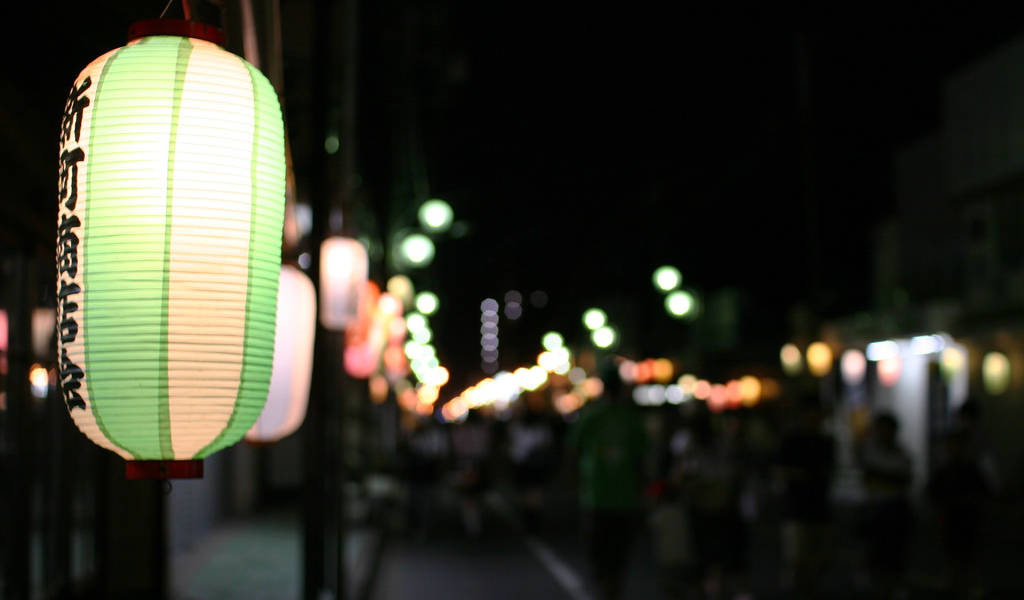 Held at Mt. Taihei Miyoshi Shrine every year, the Miyoshi Bonden Festival is a spirited, sometimes-violent race to place offerings at the shrine for health, a bountiful harvest, and business success.

The bonden are scared wands traditionally believed to attract Gods, here taking the form of heavily decorated bamboo staffs sometimes reaching up to 13ft (4m) in length. Similar festivals are held in different locations across Akita Prefecture, but this one at Mt. Taihei is the biggest.

The atmosphere is competitive as teams race to be the first to reach the shrine with their bonden. But it’s not only the participants who jostle for good luck and power: onlookers also push to touch the charms that decorate the wands. One of Mt. Taihei Miyoshi Shrine’s principal deities is Miyoshi Reijin, also known as the God of Power—who apparently appreciates a little rough and tumble (the festival’s nickname is “Bonden Fight”).

It is best to arrive early, as the festival peaks at around midday. You can catch a bus from the East Exit of the station to a bus stop near by the shrine.