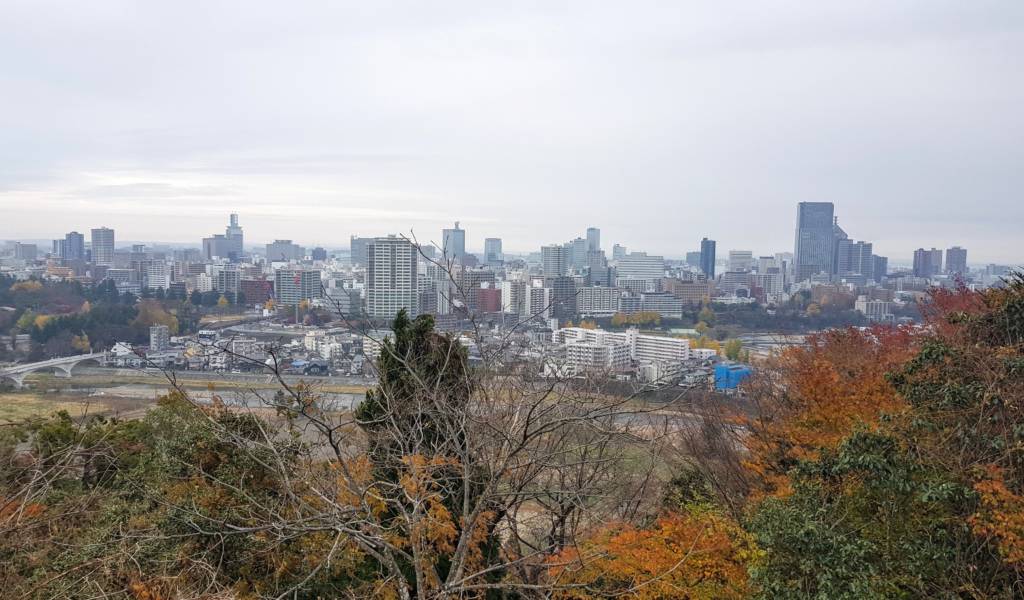 Also known as Aoba Castle, the ruins occupy a prominent hilltop location to the west of Sendai City.

Most of the castle buildings were destroyed towards the end of the 19th century when the feudal Edo Period ended. Japan was trying to quickly distance itself from the feudal period so many structures that represented feudal times—such as castles—were destroyed. The remaining historical buildings (two large gates) were destroyed by fire bombing during World War II.

Today on the site there is a large statue dedicated to Date Masamune—Sendai’s most celebrated historical figure and the founder of the city. The site of the original foundations of the castle can be observed, with stones marking the different rooms on the ground floor. There is also a Shrine within the grounds dedicated to the war dead.

The best thing about Sendai Castle is the view that it affords towards the central city in the East. There is also a foodcourt that serves zunda-mochi shakes and various gyutan (cow tongue) dishes.

The castle can be reached in about 25 minutes from Sendai Station on the Loople sightseeing bus (get off at the Aoba-jo bus stop). Alternatively, you can take the Sendai Subway Tozai Line to International Center Station, from which it is a 25 minute up-hill walk.