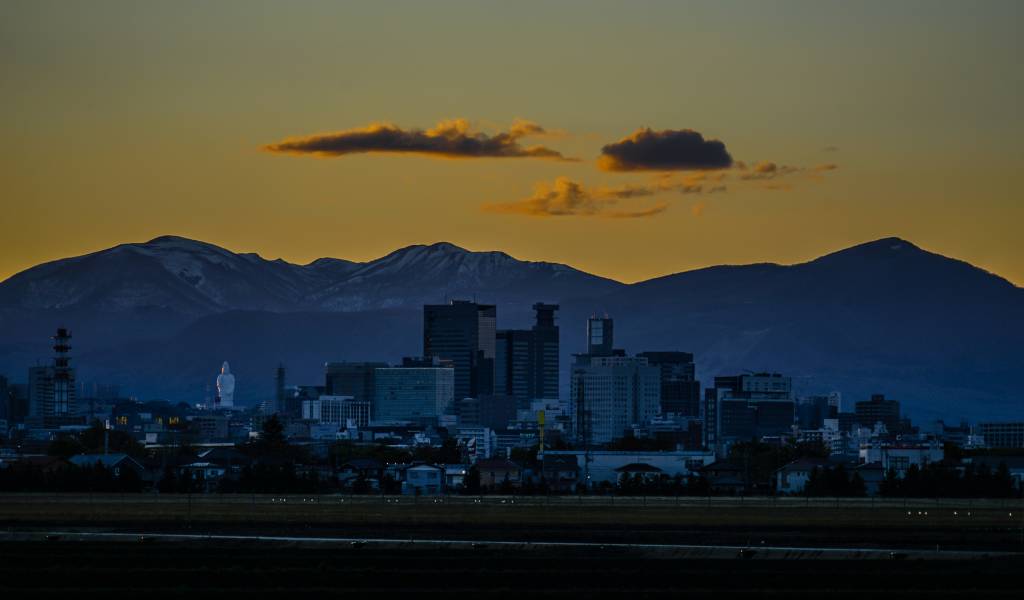 Spend a Sightseeing Day in Sendai

Sendai (Miyagi Prefecture) is one of the biggest cities in Japan and just 90 minutes from Tokyo. Yet it’s never really been on people’s must-visit list, even before the 2011 earthquake and tsunami which hit the region hard.

These days you have to look pretty closely to see any signs of the earthquake (there’s a permanent exhibition inside Arai subway station), and there’s so much more to the city than the recent disaster. Luckily, there’s a cheap and cute way to navigate Sendai’s main tourist draws.

Sendai sightseeing with the Loople

Many Japanese cities have dedicated tourist bus routes, but Sendai is a frontrunner for sheer adorability of vehicle and name: the Loople bus. It runs in a circle (obviously) starting and finishing at JR Sendai Station between 9am and 4pm, running every 15-20 minutes.

A single trip costs ¥260, but if you’re going to be hopping on and off it’s much better value to get a day pass at ¥620. (You could get a combined Loople and subway pass for ¥900 but the subway is more aimed at commuters.)

First you should get off at Loople bus stop number 4 for Zuihoden, the mausoleum of Date Masamune, one of the Edo period’s most powerful feudal lords. The complex contains a series of elaborately carved and painted structures that are totally worth paying the ¥550 admission fee (¥100 off to Loople pass holders).

It’s worth noting that these aren’t the original buildings. Date Masamune died in 1636 but the site was bombed and burned down in 1945. Zuihoden was rebuilt in 1979 and repaired in 2001, which means the colors and gilding are still bright, fresh and stunning. The tombs of Masamune’s son and grandson are smaller in stature but still impressive.

Back on the Loople bus, you can get a lovely view over Sendai from the hilltop remains of Sendai Castle (stop 6), Date Masamune’s fortress. There’s nothing left apart from a guard tower and a few walls, but it’s a peaceful spot.

If you want to visit the nearby Sendai City Museum (¥460), it’s a better idea to walk back down the hill from the castle to stop 5 instead of getting off in route order, unless you have thighs of steel.

Fans of fossils and rock formations can hop off the bus at stop 9 for Tohoku University’s Museum of Natural History (¥150) or art lovers can stay on until stop 10 (or stop 13, as the bus loops back on itself) for the Miyagi Museum of Art (¥300). The Museum focuses on Japanese art from the Meiji period to the present, with some Western art including works by Kandinsky and Toulouse-Lautrec.

Date Masamune was responsible for what lies near stop 12: the Osaki Hachimangu Shrine. Like Zuihoden, it’s been restored recently and the black lacquer-work and gilding are beautiful.

The main hall is one of the oldest examples of a gongen-zukuri shrine building, and it’s been a national treasure since 1952.

Best of all, there’s no admission fee to wander among the grounds and its various buildings.

After the Loople bus stops running you can still get a free view of the city until 8pm from the AER Building’s observation deck, next to Sendai Station. It’ll become clear how surprisingly green the city is, with trees lining the boulevards and even inside its several shopping arcades.

You’re probably hungry after all that sightseeing. Beef tongue (gyutan) is a big deal in Sendai, and you can get a meal set for under ¥2,000 at several places.

There are three Rikyu restaurants within a couple of hundred meters of Sendai Station (and one in the station itself).

Two more gyutan restaurants inside the station are Kisuke and Gyutan Date, and though Aji Tasuke’s restaurant is a 20-minute walk from the station, this is the birthplace of Sendai gyutan so it’s worth the journey.

Sendai can be reached in 90 minutes on the Shinkansen from Tokyo Station for a fare of around ¥11,000. You can pay a few hundred yen less if you’re prepared to take an unreserved seat on a bullet train that takes half an hour longer. If you have a Japan Rail Pass, the fare is covered.

Traveling by non-Shinkansen rail takes approx. 7 hours and costs about ¥6,000. It’s far cheaper to catch a highway bus, which takes about the same amount of time from as little as ¥3,700. Read our full Tokyo to Sendai transportation guide for all your options.

Written by: Rachel Holdsworth
Filed under: Things to Do
Tags:
Sharing