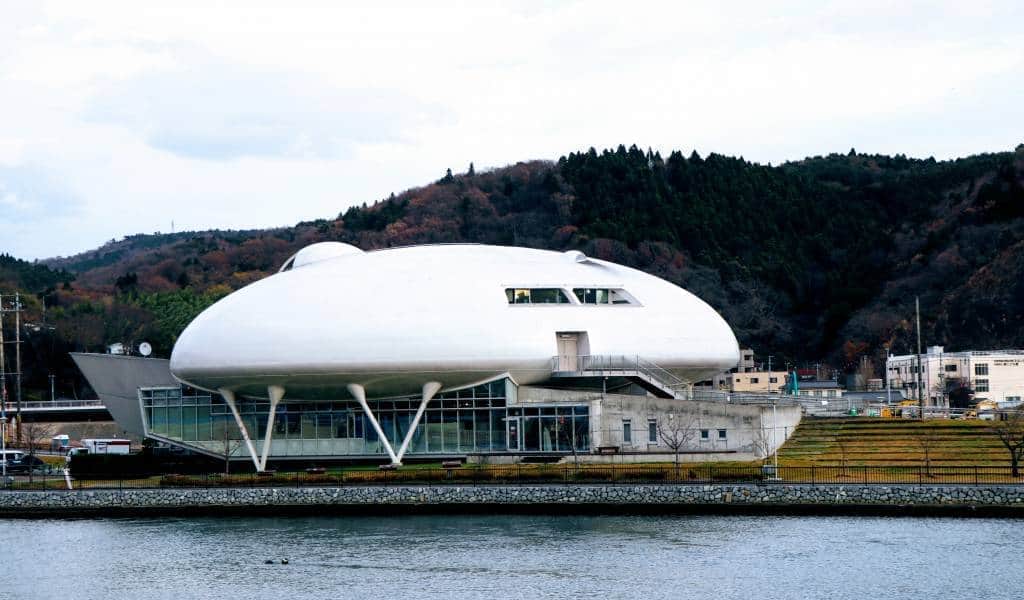 A manga and Japanese culture museum designed by famed artist Shotaro Isinomori. The museum became a landmark after surviving the 2011 earthquake and tsunami which devastated the city around it.

Opened in 2001, the Manga Museum was designed by prolific prolific manga artist Shotaro Ishinomori and is also known as the Mangattan. Interestingly, the museum uses tha kanji 萬画 instead of the more common 漫画. The choice of Ishinomori, the chosen characters represent media with limitless potential (as it uses the character for many). The museum includes screening theaters, a library and exhibitions.

Ishinomori created numerous series including Cyborg 009, Super Sentai (adapted into what we now know as the Power Rangers!) and Kamen Rider. As a child, he would often cycle to the Nakaze district of Ishinomaki to watch the latest films, and broached plans for a museum in the area during an interview with the city mayor years later, in 1995. Ishinomori drew up plans including the unique space-ship design of the building which he hoped would promote Japanese culture to visitors and help the struggling city’s regeneration. Unfortunately, the artist passed away in 1998 and the city decided to bring the museum to life in his honour. Six years after the original interview, the museum opened its doors and has been a popular attraction ever since. Surviving the disaster of 2011, but losing the first floor displays entirely, it was re-opened a year and eight months later.