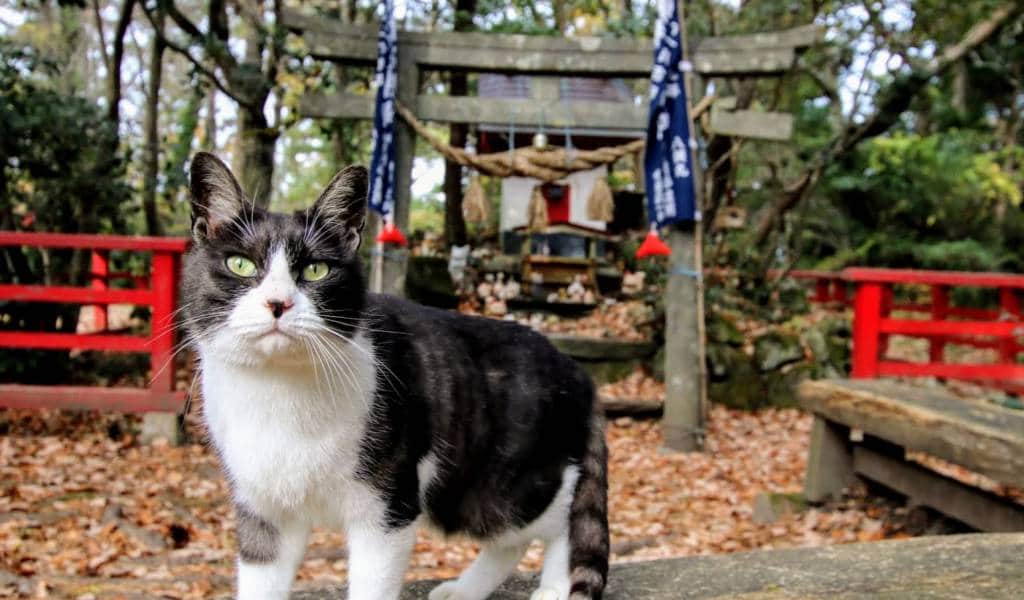 Tashirojima: The Cat Island of Your Dreams

Ever wanted to run away to an island filled with cats? Of course you have. It’s the only reasonable response to the current state of the world, and we’ll gladly help you get there.

A world with fewer people and an infinite number of cats would just be…better, I think we can all agree. While Japan’s declining population is unfortunate, to say the least, it has resulted in this place actually existing. Tashirojima is a small, scarcely populated island with as many cats as you can shake a selfie stick at. With around 80 human residents and hundreds of feline ones, the island is pretty quiet but in a peaceful, I-could-run-away-here kinda way.

Where is Tashirojima aka Cat Island (and how do I get there immediately)?

While Japan has a few different cat islands, Tashirojima is the easiest to reach from Tokyo as it’s located in the Tohoku region. About an hour from Ishinomaki, a coastal city in Miyagi Prefecture, the island has daily boats and is actually very accessible.

The city of Ishinomaki was impacted heavily by the 2011 tsunami and has been rebuilding ever since, with many promotions available to attract visitors to the region. 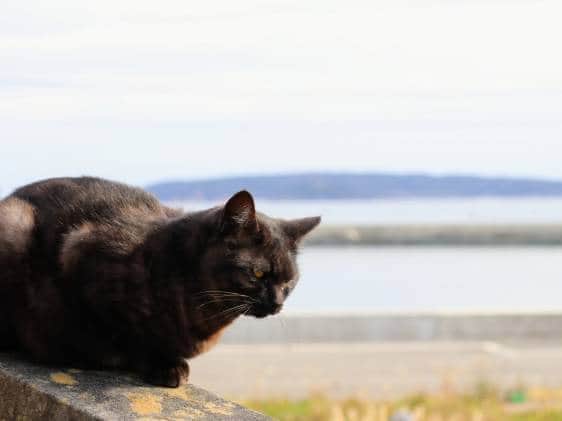 Skip down to our travel section to find out how to get there!

If you’re down towards Ehime, then you can visit Ainoshima Cat Island instead. There’s also the rabbit-filled Okunoshima closer to Hiroshima.

Why so many cats?

Back in the Edo period (1600–1868), the islanders raised silkworms for textile production but struggled to control the silkworm’s natural predator: the mouse. Cats were the natural solution, and they were allowed to roam free for many years. When fishing took over as a primary industry, the cats were offered fresh food by fishermen who believed they would bring good luck, and went as far as building a shrine dedicated to a local cat accidentally killed by falling rocks. To this day, cats are considered auspicious. The island is also a great place to see the unusual Japanese Bobtail breed.

While you may imagine the cats as scruffy ferals, they are cared for as much as possible (but are still largely untamed), including regular visits from a mainland vet. Now relying on tourism, the island has started promoting its cats, so be sure to support them by picking up some souvenirs or stopping off at one of the island’s cafes so they can keep caring for the furry felines and surviving as a rural community themselves.

Not to take all of the fun out of your feline adventure, but there are some tips that are useful to know about the small island and its residents.

What to do on Tashirojima, aka Cat Island

OK, so we know it’s 1) stroke cats, 2) take photos of cats and 3) say “Oh but look at this one!” way too many times, but if you need to convince a non-cat person to come with you, these ideas might help. (But really, take a minute to reconsider their role in your life if they actually need any other reason for coming along.)

The island’s two port villages, Odomari and Nitoda, are around 2 km apart, and you can walk between them in around half an hour (add plenty of time for cat-spotting though).

To the south of the island, Nitoda is the bigger of the two towns with a handful of guesthouses and cafes, as well as the island’s main shop. This is also the main fishing port, so you’ll find plenty of photogenic cat-and-fishing-boat scenes, as well as the famous shop steps, which are one of the classic Cat Island spots (sadly, outrageously cat-free on our visit). Nitoda is also close to the Manga Island campsite and its nearby beaches.

To the northeast of the island is Odomari, which is much smaller in comparison. Here you can visit a small shrine and temple and sit by the dock staring wistfully at the ocean. Or eat snacks, whatever, there’s not much else going on. As the boats visit both ports, it really doesn’t matter which one you start at, but just make sure you’ve checked the departure times for the right port.

Dedicated to a cat killed by falling rocks, this small cat-filled (both statue and real) shrine is a great stop-off between the two villages. The hundreds of statues are frequently joined by living companions, and it’s a nice spot for a mini-picnic if it’s a quiet day. 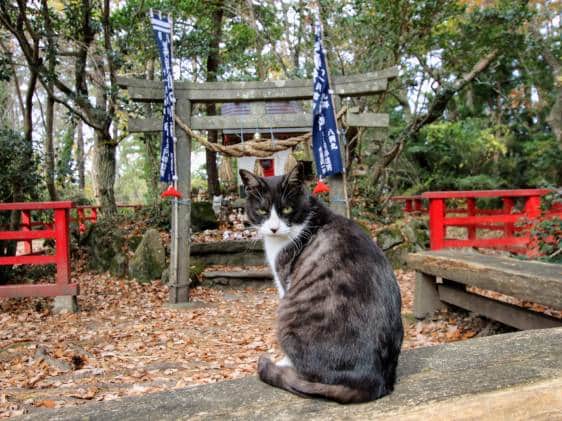 Local cafes and shops on Tashirojima

Depending on when you visit, there may well be some lovely local cafes and shops open in Nitoda. These are largely seasonal and with somewhat irregular hours, so we suggest checking their websites and social media in advance and packing food as a back-up, but popping in if you can.

Tashiro Island Olive Cafe has beautiful sea views and delicious dishes made using ingredients from the Ishinomaki area. Led by a Miyagi chef, the cafe has begun growing olives on the island to create new agriculture opportunities and is part of a project to create a future for the island and attract new residents.

Nearby, Kuronekodo offers cute cat-themed curry, coffee, shaved ice and souvenirs. Look out for the black and white cat painting on the cafe wall. The cafe is also home to the island’s historical museum (very small) with plenty of photos from times gone by.

Close to the cat shrine in the middle of the island, you’ll no doubt stumble across (or be led to by roaming cats) Shima no Eki. Once an elementary school, it closed in 1989 and was turned into an education center. Unfortunately, this also closed in 2008 but has since been turned into a cafe, cat shop and rest spot by the local council. With a terrace practically carpeted with cats, it’s a great place to pick up cat gifts to commemorate your visit (or draw envy from friends) and some light meals and drinks. 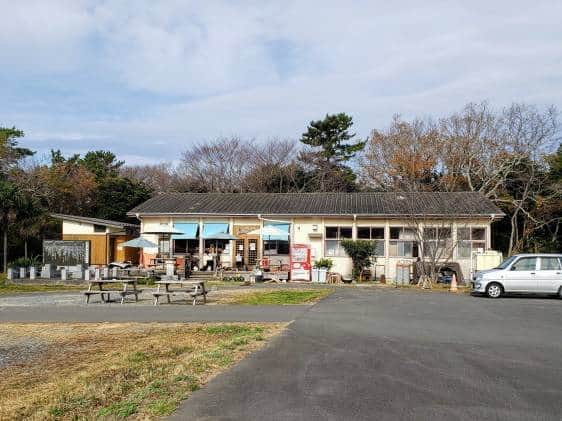 Spending a night on Cat Island

If you want to spend a night (or more) with the cats, there are a handful of minshuku (Japanese guesthouses) on the island and a campsite. Hamaya in Odomari is a fisherman’s guesthouse offering luxury seafood meals to go with their traditional rooms—costing an incredibly reasonable ¥8,000 per night. They can also arrange fishing trips on their boat if you’re keen to catch your own supper (prices from ¥11,000 per person, but room only is also completely fine.

In Nitoda, there are a fair few options, although not all guesthouses have websites or will necessarily be able to accept bookings made in English. One that does is Petit Resort Marine Life, which has its own (very popular) cat feeding area as well as a lovely (and cat-filled) garden. A night with two meals costs between ¥8,400 and ¥10,000 per person depending on room size with discounts for children.

For those seeking more a camping feel, to the south of the island is the Manga Ai-land Resort, which is home to a number of cute cat-themed cabins. The cat artwork was designed by a number of famous artists. The nightly fee is really affordable as it is run by the local council. Cabins range from ¥8,000 to ¥9,000 and tent pitches are ¥1,500. The cabins have kitchens and showers, and the site is open from April to October, Wednesdays to Sundays.

Back in the city of Ishinomaki, there are some very affordable hotels including the Ishinomaki Grand Hotel, which has some real old-school class to it (and a lovely owner).

Tashirojima is under an hour by boat from Ishinomaki, a coastal city in Miyagi Prefecture. If you’re making a special trip or exploring the wider Tohoku area, make sure to check out the best rail pass options, including the JR East Tohoku Pass.

Getting from Tokyo to Ishinomaki

From Tokyo, you can take the Shinkansen to Sendai. It takes 90 minutes and costs ¥11,000 yen one way (hence why we suggest a JR Pass above!) From there, you can catch a Senseki-Tohoku Rapid Line train to Ishinomaki that takes just over an hour and costs ¥860 (also covered on the passes as it’s a JR line).

If you’re pass-less or hate trains, there are highway buses from Tokyo to Ishinomaki, which take around 7 hours and can cost as little as ¥2,800. If you love a bus ride, check out our Japan Bus Pass guide, it’s like the train one, but cheaper and travel days are non-consecutive.

Getting From Ishinomaki to Tashirojima

The boats run three times a day between the two ports in Ishinomaki and the two on Tashirojima. In Ishinomaki, you can head to the more central Chuou Port, which is on the Kyukitakami River, a little farther along from the Genki Ichiba Market and across from the iconic Manga Museum. It’s around a 10- to 15-minute walk from Ishinomaki Station.

There’s also a second port, called Kadonowaki, which is farther away but can be reached by bus in around 15 minutes from the train station.

Boats depart from Chuou first and arrive at Kadonowaki 10 minutes later (reverse for the journey back).

A one-way fare is ¥1,250, and tickets can only be paid for in cash. Due to limited seats, during peak times it is recommended you purchase in advance. Keep in mind that the service is weather dependent, so checking the website in advance is important, especially if you’re traveling on the day.

Ishinomaki was one of the worst hit places during the 2011 earthquake and disaster, with a number of memorial gardens and a dedicated information center, which offers an incredible insight into the events of May 11th and what followed. Towards the port, Genki Ichiba is a new market selling a fantastic range of local produce and goods, while the trendy Irori is a local cafe and creative hub, with unique items made by local artists.