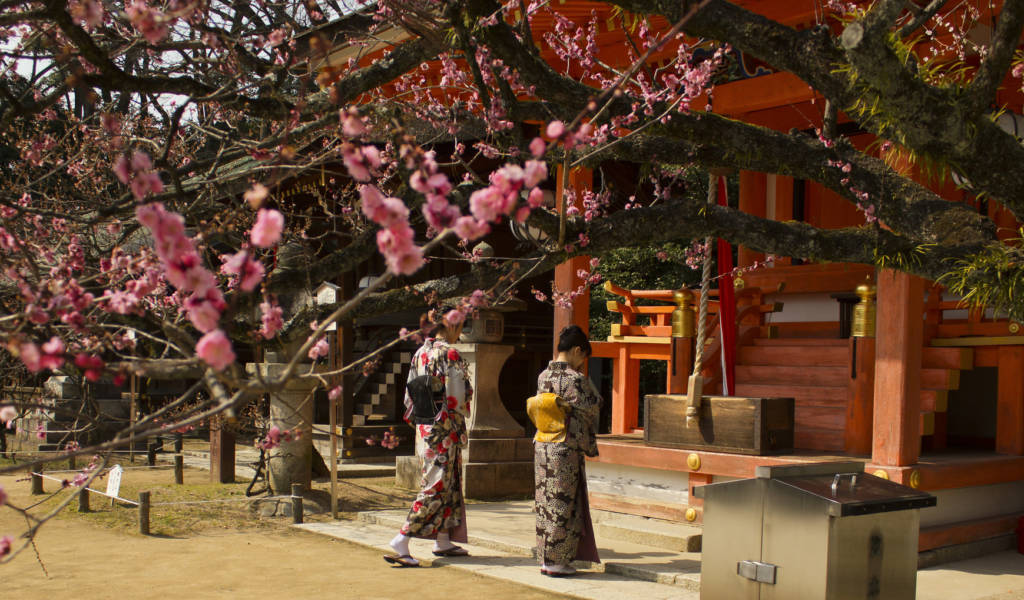 Built to appease the spirit of a vengeful exiled scholar, the shrine is home to plum groves, monthly flea markets and an annual tea ceremony.

When scholar, poet and politician Sugawara Michizane was exiled in the Heian period, his spirit was blamed for countless natural diasters and multiple shrines were dedicated to him in order to appease him. Kitano Tenmangu is one of those and to this day is one of the most important in Kyoto. The famous plum grove of over 2,000 trees reflect Michizane’s love for them, and is the location of an annual tea ceremony on February 25th – hosted by local Maiko and Geiko (the Geisha of Kyoto). On the 25th of each month is a flea market popular with locals and visitors alike. The shrine is especially busy during exam season as it is associated with the Shinto God of education (thanks to Michizane’s scholarly reputation) and many students pray for good luck in upcoming tests.

There are illuminations in the plum garden during Autumn from sunset to 8pm. The plum gardens are open from Early February to late March (plum blossom season) and early November to mid December from 10am – 4pm.