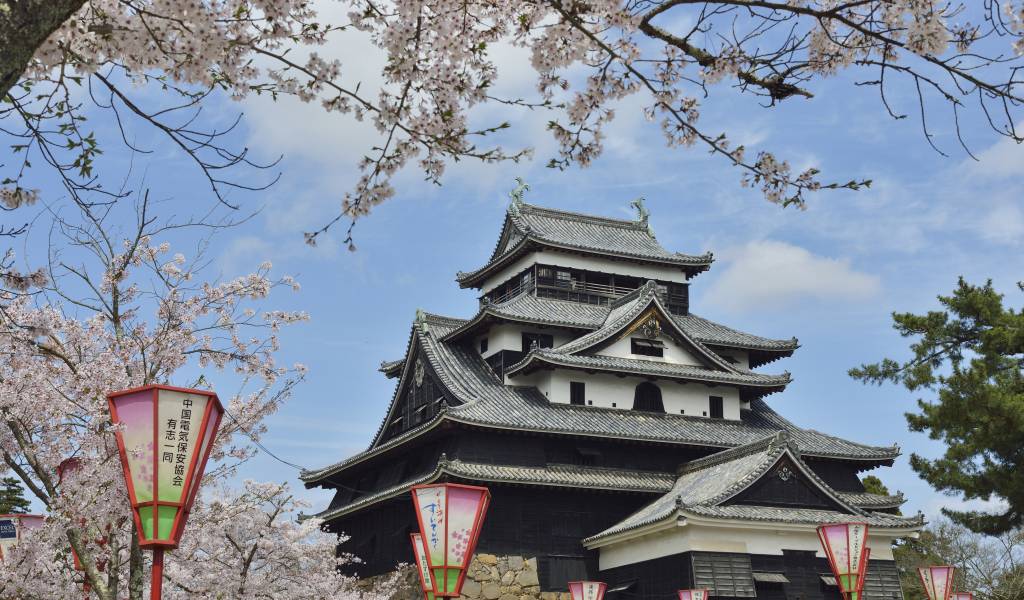 In Shimane’s Shiroyama Park sits Matsue Castle, one of Japan’s most striking and one of only 12 of the nation’s original castles. Completed in 1611, and it was predominantly home to Matsudaira clan, a branch of the Tokugawa clan, which ruled at the time.

While most of Japan’s feudal castles perished over the centuries, falling victim to fires, war, bombings and earthquakes, Matsue Castle managed to survive. Its survival is thanks in part to the fact that it was built after Japan’s last great war, meaning that it never had to withstand battle. Although, in 1950, major renovations were undertaken to preserve the structure further.

Also known colloquially as the “black castle,” this impressive piece of history is open to the public throughout the year. Inside the main keep are displays covering the history of the castle and the wider Matsue area. From the top, visitors can admire rolling views of the Matsue city skyline.