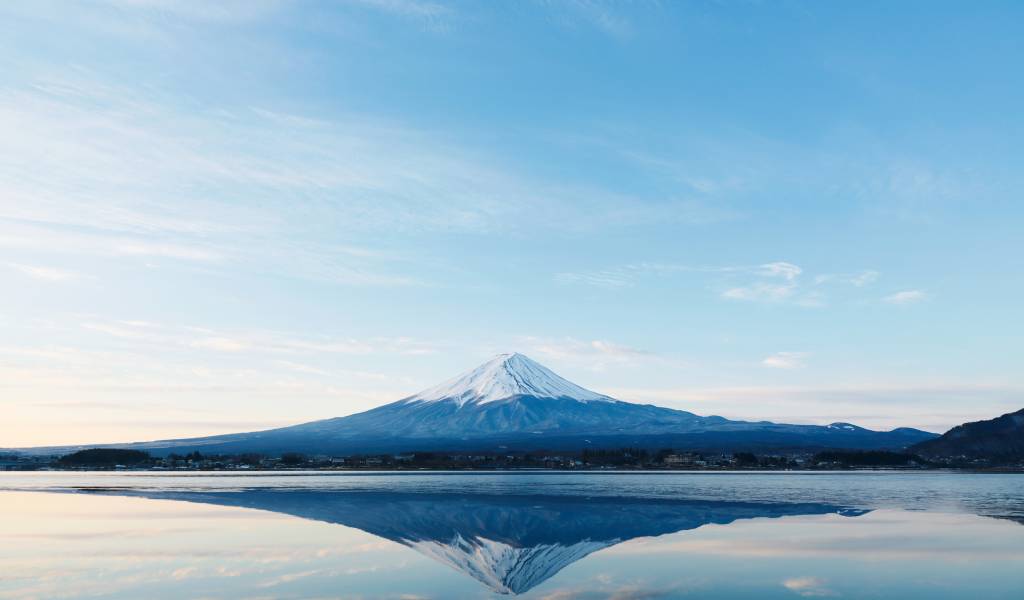 If you have literally no other mental references for Japan, you’ve got Fuji. It’s everywhere—tourism material, textbooks, your phone (yes, go look), packaging, medical literature, and so on and so on. You can see it from the air, from Tokyo, from the Shinkansen, and thanks to the magic of technology, from the comfort of wherever it is you’re reading this. But there’s nothing that matches seeing Japan’s most revered mountain in person.

Shizuoka Prefecture and Yamanashi Prefecture share the honor of being home to Japan’s most famous son. The mountain’s name is Fuji, Mount Fuji, Fuji-san or Fujiyama, but never Mount Fujiyama. It used to be known as the Lotus Peak. Nobody really knows where the name came from: they’re not even agreeing on what it means, with varying folk etymologies arguing for “Immortal”, “Nonpareil” or “Neverending”, with a few dogged souls hanging onto explanations linked to wisteria or rainbows or, arrestingly, ears. Whatever explanation you want to go with, the name Fuji goes back to some point before the ninth century.

Fuji-san has always been important: in Shinto mythology, the mountain is sacred to the goddess Konohanasakuya-hime. The top eight stages of the mountain are part of the grounds of her temple (the rest of it is at Fujisan Hongu Sengen Taisha in Fujinomiya, Shizuoka). It is one of Japan’s three holy mountains, along with Mount Tate in Toyama Prefecture and Mount Haku in Gifu/Ishikawa/Fukui Prefectures.

The first person known to have climbed Fuji was a tenth-century monk, but the mountain only really became the super-ubiquitous symbol of Japan during the Edo period, when daimyo travelling along the Tokaido route from Kyoto to Tokyo along the east coast of Honshu saw it as they passed through Shizuoka. A modern-day version of this trip has, among other things, the major advantage that you can get rather good coffee on the train now.

Mount Fuji is the highest peak in Japan, at 3.7km, and it’s visible from Tokyo on a clear day. You can climb it of a summer if you’re inclined to do so, or you can admire it from a distance. Below you’ll find some suggestions about how best you can get up close and personal with the world’s most loved stratovolcano.

But first, you’ll need to get there. We have a very comprehensive and frankly damn handy guide on getting there from Tokyo (and getting back, which you won’t want to do but probably should). If you want to climb Mount Fuji, check out our guide to summiting it. You might also want to read this account of an epic zero-to-hero climb.

If you’d prefer to avoid the weird feeling of being on the landmark you’re trying to see (along with a thousand other people), you can gaze upon its loveliness from one of these equally lovely but less intense vantage points.

If hiking up to the top of the world isn’t your jam, there’s plenty to do lower down. For one, you can admire some flowers while there, or do a spot of shopping before soaking in a hot spring.
And, exhausted by the magnificence of it all, you’ll need somewhere to lay your weary head. We’re on top of that too, with this guide to places to spend the night.