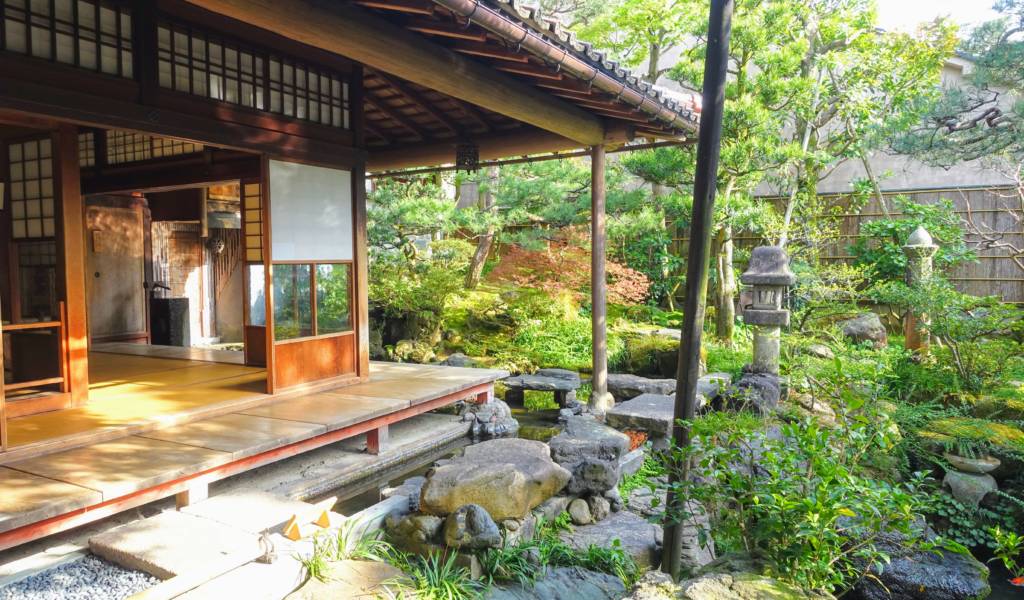 Although it appears to be very much intact, the Nomura Clan Samurai House are officially called “ruins” as the house and grounds were altered by the subsequent owner. It’s still a beautiful house with a compact but stunning garden of tiered pools so one can guess that he didn’t ruin it too badly.

The Nomura Clan were one of the most powerful samurai families in the Kaga fuedal domain during the Edo Period.

On the second floor of the house, there are two tea rooms in which you can be served matcha green tea for ¥300.

Getting to the Nomura Clan Samurai House

The Nomura Clan Samurai House is located on the edge of the Nagamachi Samurai District which is located just a five minute walk to the west of the central Kohrinbo neighborhood of Kanazawa.

To get to Kohrinbo, you can take any of the sightseeing buses. If going from the Kanazawa Station to Kenrokuen on the Kenrokuen Shuttle, get off at stop S3. If going the other direction, get off at S10. Either stop LL3 (on the Left Loop bus) or RL13 on the Right Loop bus will drop you at Kohrinbo. If coming from Kanazawa Station, the Left Loop (counter-clockwise) bus will get you there faster. Fares for all are ¥200 for adults or ¥100 for children.