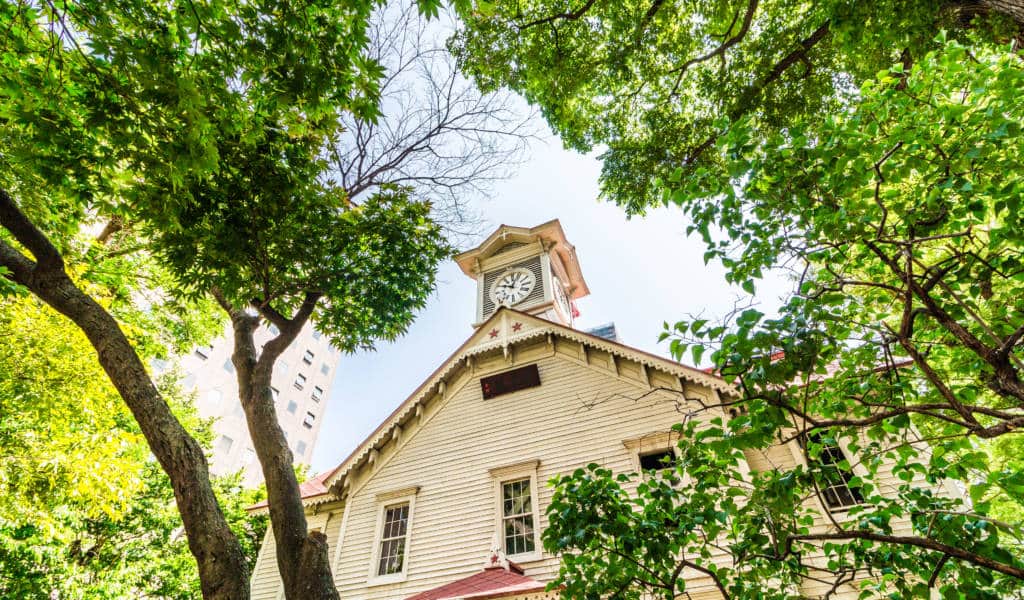 The Sapporo Clock Tower is one of the few remaining Western-style buildings that were built as Sapporo was being rapidly developed in the late 19th century. Constructed in 1878 as a drill hall for the Sapporo Agricultural College, it has become a symbol of the city.

These days, it’s a museum with displays about the history of agriculture and is also full of photos of other old buildings in and around Sapporo.

Although the building has significance in the history of Sapporo as a city and Hokkaido as a frontier territory, it might not hold much interest to Western tourists, with even most New World cities having older and more impressive buildings. The church-like second-floor hall is the highlight.