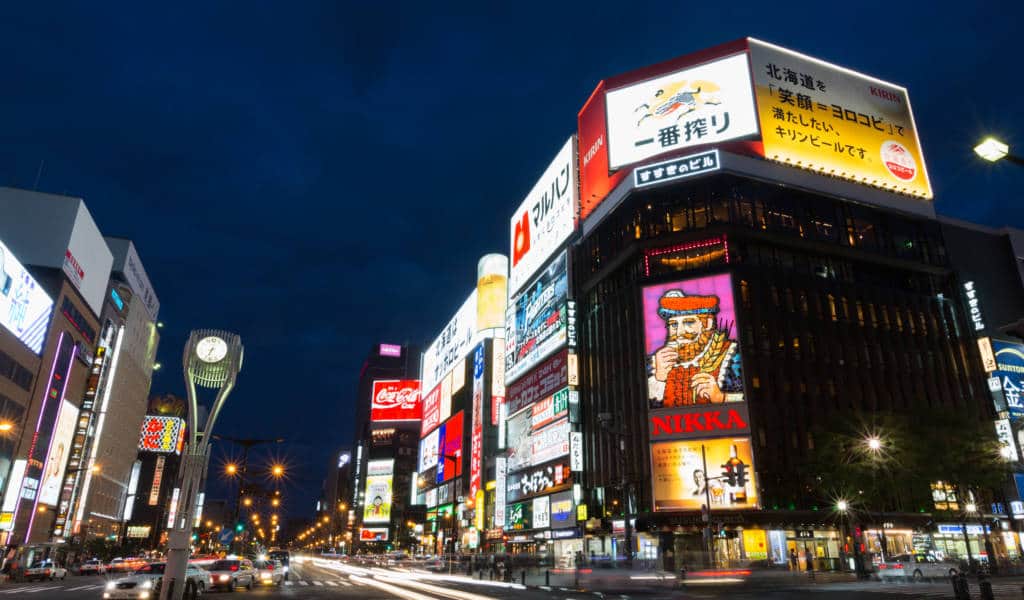 A Day in Sapporo: The Definitive Guide to Sightseeing

So you just touched down in Hokkaido and are ready for your full day in the capital before venturing into the island’s vast nature? Below is our Sapporo guide on the most essential sightseeing spots and activities in the city!

Sapporo’s Clock Tower may be overshadowed by the surrounding modern office buildings, the small building remains the city’s most charming icon. The building was originally used as a military drill hall for the local Agricultural College in the architectural style of colonial American Midwest. Located about a 10-minute walk from JR Sapporo Station, you can visit the Clock Tower from 8:45 to 17:00 to learn more about its history as well as the lives of the college’s students and teachers.

Just around the corner you will find the 1.5-kilometer-long Odori Park which runs through the center of the city. In February the park is one of the main sites for the Sapporo Snow Festival. In spring and summer, however, it is one of the local’s favorite places to go for a stroll or hang out on the green grass. After taking some pictures with the city’s famous TV station (more on that later) in the background, it is time for some well-deserved lunch.

Tokyo may have Tsukuji Market, but nothing beats the fresh seafood caught off the shores of Hokkaido at Nijo Market. Throughout the week you will be able to find anything ranging from crabs to salmon to sea urchin in the dozens of shops and restaurants. While a big rice bowl with every kind of seafood you can imagine may set you back over ¥2,000, the great thing about Nijo Market is that you can also find very cheapo-friendly lunches for a few hundred yen.

Hopping on the metro at Odori Station for the Toho Line towards Higashikuyakusho-Mae Station, we head off to the Sapporo Beer Museum. Since Hokkaido is the home of Japanese beer and Sapporo beer is by far the oldest and most popular, a visit to the museum is an absolute must for a true beer enthusiast.

The museum opened in 1987, 110 years after the founding of the company, in one of its Meiji-era breweries. Apart from learning all you would ever want to know about Japanese beer, the museum also offers beer tastings of their most exclusive brands for a minor fee. The museum is open from 11:30 to 20:00 and is entirely free to visit, but note that it is closed on Mondays.

Sapporo TV Tower and one last bite to eat

There is no better way to end our visit than enjoying a spectacular view over Sapporo from the observation deck of Sapporo’s TV Tower. There is a minor admission fee of ¥720 for adults or a discounted rate for high school students and children for the observation deck. From this 90 meters off the ground viewpoint we can see the entire city as well as its surrounding mountains and a glimpse of the Sea of Japan in the distance.

A few minutes’ walk from the TV tower, the Susukino area is the place of choice to grab one last bite to eat and a few Sapporo beers before setting off. For those of you who have a late-night or early morning flight back home, please do keep in mind that the last train to New Chitose Airport leaves at JR Sapporo Station at 21:51. Until then there are plenty of bars and restaurants that will keep you occupied, just remember not to miss your flight!

Hokkaido
Written by: Bjorn
Filed under: Things to Do
Tags:
Sharing