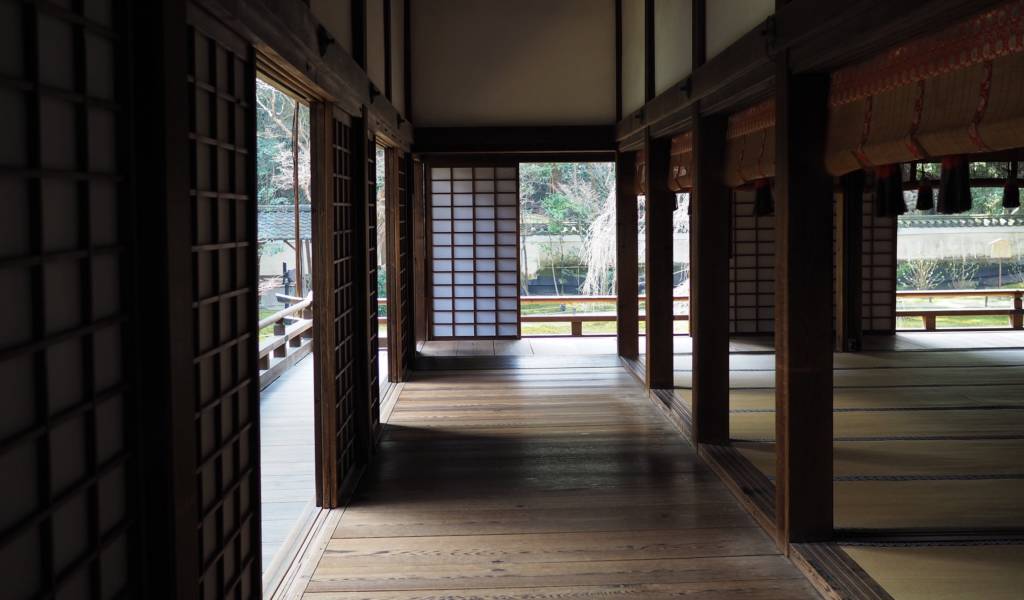 A temple of the Tendai sect located in the Higashiyama district of Kyoto. The temple is also known as Awata Palace and was the temporary imperial residence after a great fire swept through Kyoto in 1788.

The temple was also home to the imperial abbot, a position that was chosen from among the members of the imperial family or high ranking court officials.

A feature of the grounds is a waterfall fed pond surrounded by eight hundred year old camphor trees.