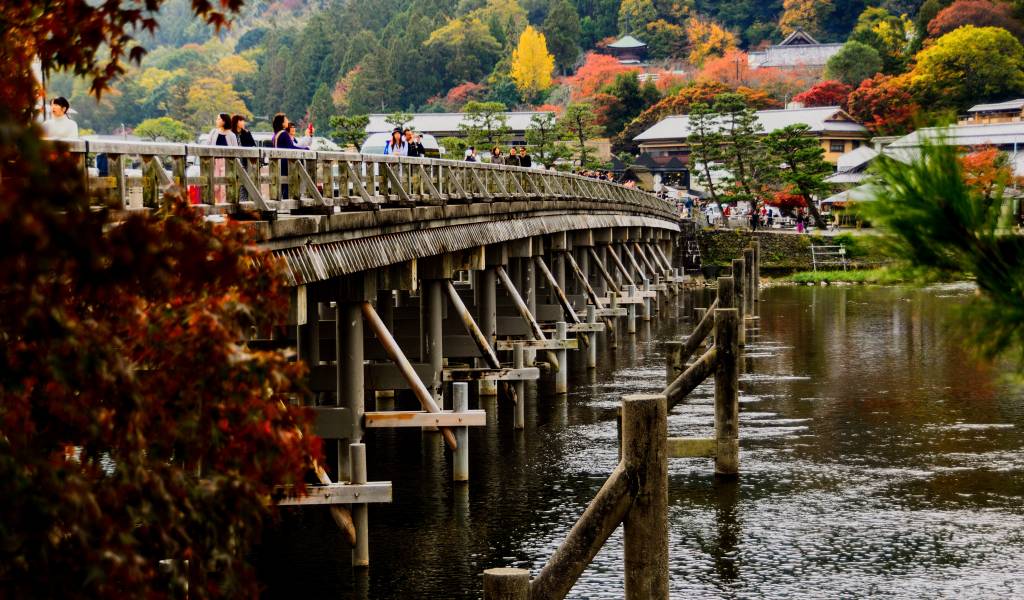 A landmark of Kyoto’s famous Arashiyama area, the Togetsukyo Bridge stretches 155 m across the river known as the Hozu to the west and the Katsura to the east.

Against the rolling hills and calm, wide river, the bridge creates a picturesque scene often used in Japanese period dramas. The name Togetsukyo means “moon-crossing” and is believed to come from an ancient tale of the Emperor Kameyama who attended a boating party and thought the moon appeared to cross the bridge.

There has been a bridge here since the year 836, but the current one was built in the 1930s, so it’s perfectly safe! There are restaurants on either side and in summer traditional cormorant fishing can be watched from the brigde.

A short stroll along the riverside will take you to a boat-rental spot where you can spend some time on the water. In the warmer months, the banks are a popular spot for drinking and playing.