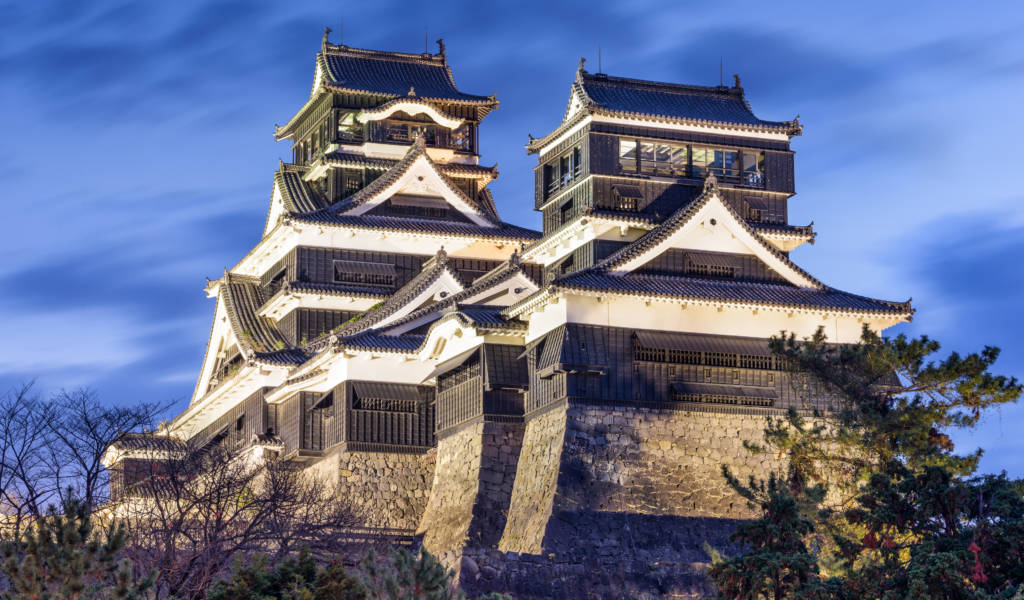 Cities and Towns in Kumamoto

Since the earthquakes in April 2016, this prefecture on Japan’s southernmost island of Kyushu has gotten time in the international spotlight. Indeed, Kumamoto’s Mount Aso boasts titles like “largest active volcano in Japan” and “one of the world’s largest volcanoes”. The famous yuru-chara Kumamon hails from this prefecture.

You can reach Kumamoto via several options. It has its own airport, which is a 40-minute bus ride from Kotsu Center in the heart of the city and 50 minutes away from Kumamoto Station. JAL, ANA, Solaseed Air and Jetstar Japan fly from Tokyo. Sidenote: Solaseed only flies from Haneda and Jetstar from Narita, and they’ve got way better prices than the big airlines. You can also fly from Osaka’s Itami Airport and even Incheon Airport in Korea, so if you want to hop over for your fill of K-pop and kimchi, Kumamoto is a short and sweet option.

It is about 6 hours and JPY 26,000 from Tokyo via shinkansen, although for JR Rail Pass holders it takes an extra hour since they cannot ride the Mizuho. A transfer is also required at either Fukuoka’s Hakata Station or Osaka’s Shin-Osaka. To go directly from Shin-Osaka is JPY 18,500 and a little over 3 hours. From Kyoto it costs about JPY 20,000 and takes 4 hours for Japan Rail Pass holders and 3.5 for those without it.

You can get to Kumamoto from Hakata Station via the Kyushu Shinkansen in about 35 minutes for about JPY 4,610-5,000 depending on if it’s a reserved seat. But if you’re feeling especially patient and Cheapo, you can ride the local train instead for JPY 2,130 with a transfer and 2.5 hours of your time.

Trains and trams run through the city and can take you to most of the famous attractions. Trams are a flat rate of JPY 170 per ride, but you can purchase a one-day pass for unlimited train/tram rides for 700 yen or a one-day pass only for trams for JPY 500. These passes also get you admission discounts to some of the main tourist spots. IC cards like Suica, Pasmo, and Icoca can also be used.

*For information on the effects of the earthquakes on Kumamoto’s transport and tourism, click here.

The big highlight is the 400-year-old Kumamoto Castle, which in 2013 “Trip Advisor Japanese Version” named the “best castle to visit is Japan.” Due to the April 2016 earthquakes it has been temporarily closed. You can instead take a stroll through the now reopened Suizenji Garden. Built by the Lord Hosokawa Tadatoshi in the 17th century as a tea retreat, it’s a miniature recreation of Tokaido, a major old road connecting Edo and Kyoto.

If you are a history-otaku, then get your fill of Musashi Miyamoto here. Attractions include the Shimada Museum of Art where his armor, calligraphy, and relics are on display, and Reigando Cave, where he wrote his famous Gorin no Sho (“The Book of Five Rings”). The tomb of the master swordsmen himself is also in Kumamoto’s Musashizuka Park.

For the outdoor-types, go to Mount Aso. Its caldera is one of the world’s largest, but check the volcano’s status in advance as the crater is sometimes closed off because of poisonous volcanic gases or increased volcanic activity. You can easily get to it by toll road or ropeway. The nearby Kusasenri-ga-hama is good for horse riding from early March to mid-December.

And lastly, if you want to go on a Kumamon shopping spree, his hometown is definitely the jackpot of goods.

All Articles about Kumamoto

Things To Do in Kumamoto

Getting Around in Kumamoto