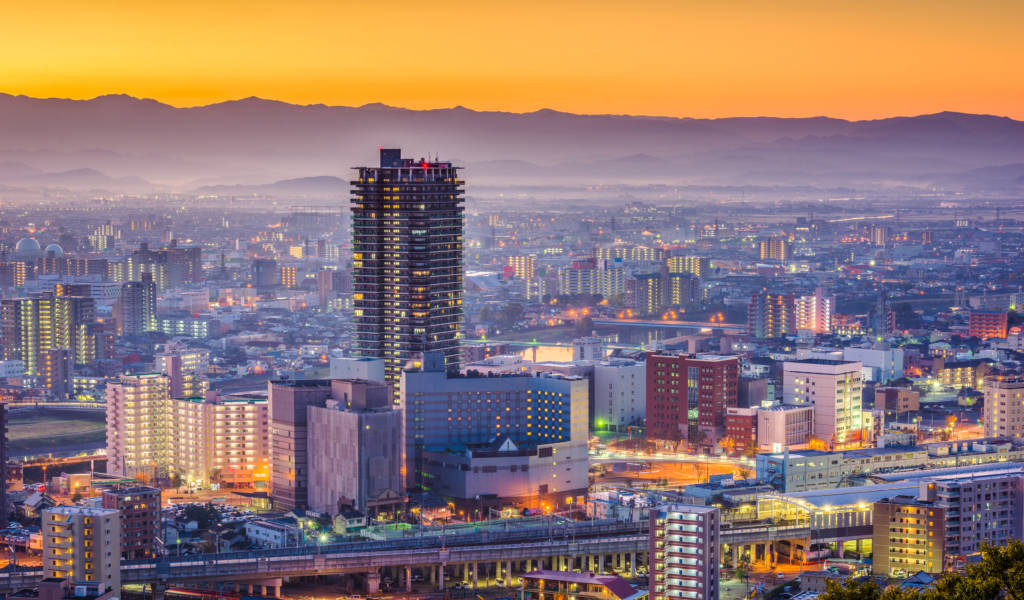 Located on the island of Kyushu, on the more southern side of Japan, Kumamoto may not be the most accessible city to visit. But once you arrive, you’ll realize it’s well worth the short plane journey from mainland Japan. The area is home to incredible, untouched, and diverse natural beauty, like the smoldering Mt. Aso volcano. But there’s also the city’s food, booze and creativity that’s as vibrant as any other in Japan—making it a strong contender for ‘Japan’s most underrated city.’

It is worth noting that in April 2016 the city was rocked by a devastating earthquake which claimed a number of lives and caused destruction within and outside the city limits. However in the following years, the people of Kumamoto have shown incredible resilience, and ingenuity and the city is well and truly back in action. If you’re in town for the 2019 Rugby World Cup, you have plenty to look forward to! Here’s a little roadmap on where and how to best enjoy the city.

What to see and do in Kumamoto

Kumamoto is a castle city, so the best place to begin your exploration is by visiting the Kumamoto Castle to appreciate not only its ancient history but its more modern history too. Also known as Kumamoto-jo, the castle was initially built in 1607 and remained intact up until April 2016 when the whopping magnitude 7.0 mainshock earthquake shook the structure into pieces. However, today the castle’s reconstruction is in progress, and the way it’s being constructed is very unique. As a way to preserve the structure’s legacy, the castle is being rebuilt using its original stones, which are being put together piece by piece in their original position, just like a massive 3D jigsaw puzzle. 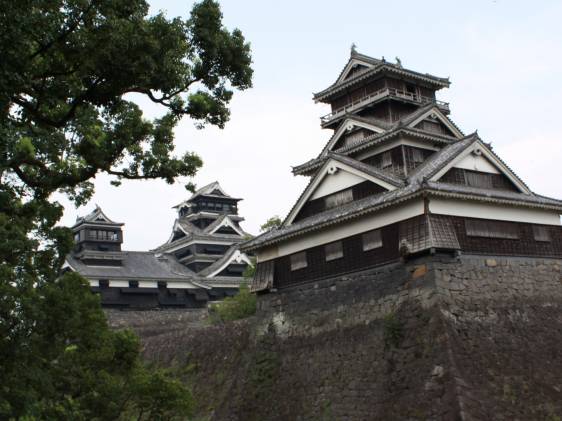 Located in the central Kumamoto area, Suizenji Garden is a meticulously designed Japanese landscape garden, complete with small man-made hills and a replica of Mt. Fuji. Constructed during the 17th century, by the famous Hosokawa family, it features a tea house with stunning park views, as well as a classic Noh (traditional Japanese) theatre and hosts occasional yabusame (horse archery) tournament. 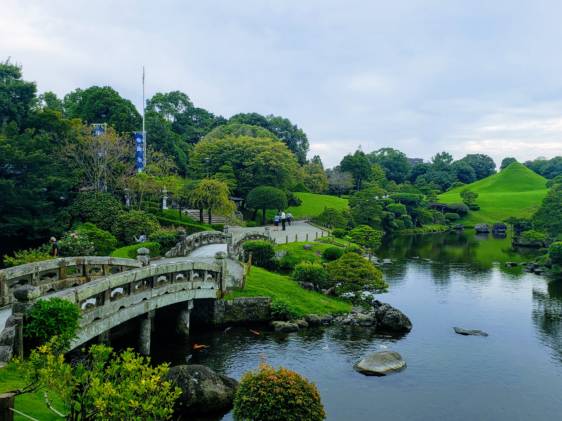 If you’re within the vicinity of Mt. Aso then you have to pay the active volcano a visit. A 30- to 40-minute bus ride from JR Aso Station by train, the mountain’s rugged, almost space-like landscape and contrasting neighboring lush fields are regional Japan at its most diverse and stunning. The volcano’s caldera stretches up at 25 kilometers in diameter and has a circumference of over 100 kilometers, making it one of the biggest in the world. If the mountain is behaving, and if you’re brave enough, you can trek up the mountain to take a cheeky peek inside. It is worth noting though that because of the high levels of activity sometimes access is restricted, so it’s best to check online beforehand. 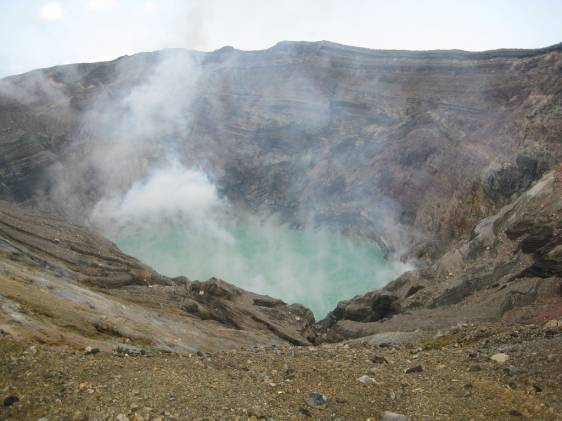 If you’re traveling with young children or adults who like doing kid stuff, then a visit to Aso Farmland is a novel way to spend the day. Located inside Aso Kuju National Park, just outside of the city center, it’s a brightly colored ‘nature theme park’. The site has plenty of rides and attractions for the kids, while its dome-style houses offer pretty unique accommodations. Built to look like traditional Japanese sweets, the dome hotels are made from polystyrene foam pieces, but are far more structurally sound than you think. They also make for some rather unique photographic fodder.

What to eat and drink in Kumamoto

Run by long-term local Nori-san, Glocal is a cozy, welcoming escape for many of the city’s international guests. The bar’s primary specialty is shochu, an alcohol not so well known to outsiders, but Nori-san is making it his own personal crusade to change that. The bar regularly hosts English-friendly international nights and shochu tasting sessions. It’s a great place to hang out, meet the locals and learn a thing or two about this fascinating alcohol.

Kyushu has a lot of unique local dishes, from the hearty hakata ramen to sweet and spicy chicken nanban to the mustard hot karashi renkon (a combination of mustard and lotus root). If you’re the type who wants to try a little of everything, then be sure to visit Yokobachi izakaya. With the restaurant’s long tables it can easily fit larger groups of say six or more without too much hassle.

Kumamoto is a city that runs on ramen, and there are two major players you can’t miss. The first one is Tengaiten, a popular local ramen joints. The restaurant only serves three types of ramen, deciding to opt for quality over quantity. There’s the basic ramen, the spicy incarnation of the basic ramen, and arguably the most unique, the char siu ramen, a dish that draws culinary influence from neighboring China.

The other excellent ramen option is one you may recognize. Keika Ramen has outposts throughout the nation including a few shops in Tokyo. Definitely not for those wanting to eat light, this ramen is fatty, and creamy but delicious, the ultimate comfort food.

Finally, Kumamoto is home to one of the nation’s most controversial dishes, ‘baniku’ aka horse meat, sometimes also referred to as sakura-niku because of its bright pink coloring. It’s a sweet, lean meat and a Kumamoto delicacy worth trying at least once if you’re feeling brave. Baniku Kyodo Cuisine Kenzo is a great place to go as it specializes in the stuff.

Where to stay in Kumamoto

For serious relaxation, check out Dormy Inn Kumamoto Natural Hot Spring. It’s located in central Kumamoto, right in front of the well-connected Kumamoto Bus Terminal, 800 meters from Kumamoto Castle, and just over 1.5 km from the JR Kumamoto Station. The spacious, laid-back hotel and onsen is perfect for those who want to get out and see everything the city and surrounding area has to offer then come home and unwind with a long soak in the healing onsen water.

For something, a little more classic Maruko Hotel is a budget-friendly hotel option with a charming traditional ambiance. The room style is more ryokan than a hotel, with its tatami floors, shoji paper screens and onsite restaurant Colina serving Japanese cuisine.

If you’re flying into the city, then you might want to consider booking a few nights at Vessel Hotel Kumamoto Airport. Relatively no frills, but clean, accessible and modern, the hotel features a buffet-style breakfast and offers free bike rental.