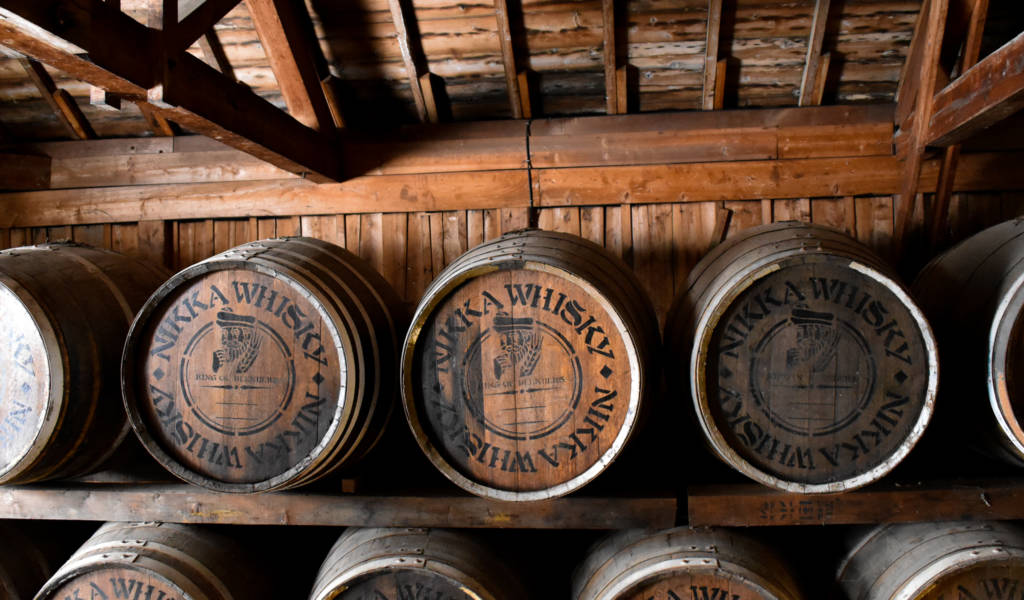 A Different Side of Sapporo in 48 Hours

Sapporo is a city that’s gaining traction as a must-visit destination for international tourists. Its stunning natural beauty in the warmer months, close proximity to excellent ski spots in the colder months, and laid back but still fascinating local scene all year round makes it a must add to any comprehensive Japanese itinerary.

However, because Sapporo has never been one of Japan’s major foreign-tourist destinations, knowing where to go requires a little more research. But if you’re looking to take on all sides of Sapporo, and don’t have a lot of time to do your homework, here’s a great way to do it.

Day 1: Get outside and see the sights

It seems a little offbeat to begin your adventure on the outskirts of Sapporo, but to really appreciate the landscape of the city, you’ve got to start here.

When it’s not the blinding-white dumping ground for the city’s snow, Moerenuma Park is a lush and expansive park designed by American sculptor Isamu Noguchi. A man who spent a large portion of his working life in Japan, Noguchi created the ultimate piece of work with Moerenuma Park, a living art piece from what was once a landfill site. Tragically he passed away before his plans were completed; no doubt he’d be happy with what he’d see today.

The park’s most unique features include the 62 m tall Mount Moere, a man-made mountain from the top of which you can see the entire park in all its glory. If it’s a little too much of a hike, nearby sits the baby version, the delightfully named, and more scalable, Play Mountain which is just 30 m tall.

Ideal for kids (or adult children), on the easternmost cusp of the park you’ll find a playground area. The area encompasses Sea Fountain, which hosts three water shows daily between late April to mid-October, and the artificial Moere Beach, which is perfect for taking a dip in the warmer months.

For more information on the park, head to the Hidamari, an impossible-to-miss glass pyramid that’s also home to an information center, an atrium, basic facilities, and gallery space. To really take the park in, it’s best to put aside most of the day.

Once you’re done at Moerenuma Park, make your way to one of the city’s most well-trodden landmarks: Sapporo Beer Factory. Sure it’s a bit of a tourist magnet, but for a good reason, the factory has plenty going for it whether you’re a beer fan or not. Although other cities may disagree (cough, cough Yokohama), Sapporo prides itself of being Japan’s home of beer, and you can learn, taste and experience all the history here at this European-esque booze haven.

Sapporo beer has been brewing beer since 1877, but the Sapporo Beer Museum has been in its current location since 1987 when it took over a former Meiji Period brewery. Once you’ve made it through all the exhibits, you can fully appreciate the city’s amber-ale legacy with a few sips at the tasting session station.

Sitting next to the museum you’ll find Sapporo Beer Garden, which boasts a handful of restaurants and drinking establishments, but the highlight is definitely the Garden Grill. You’ll be famished from all the learning, and park exploring, so sign up for the all-you-can-eat Jingisukan (lamb) BBQ. If you’re up to it, there’s an all-you-can-drink option too.

Obviously only limited to a few months of the year, it’s still worth mentioning that if you’re in town between the end of November and the middle of March, you can’t miss the Sapporo White Illumination. The displays take place throughout the center of the city, with Odori Park, Sapporo Eki-mae Dori and Minami 1-Jo Dori being the central locations. For specific, and up-to-date details on where and when to see them, keep an eye on the Japan Cheapo illuminations page.

One for the music fans, and those still able to stand after a long—and slightly boozy—day, Jazz Cafe Bossa is Sapporo’s coziest record bar. From floor to ceiling, it feels like every possible inch of this intimate hangout is covered in records, posters, and other jazz memorabilia. The drink selection is standard, but extensive, and features plenty of beers, wines, cocktails, and spirits. If there’s a song you really want to hear, you’re welcome to make record requests too!

Getting up at the crack of dawn, or actually before, it is not most people’s idea of a holiday activity, but a visit to the Sapporo Central Wholesale Market is worth a few less hours in bed. A real insight into the life of Sapporo locals, it’s nowhere near as known as Tokyo’s Tsujiki and Toyosu Markets, but that’s its charm.

The market sells a range of locally produced goods, but the highlight is definitely the tuna auction which typically kicks off before 6 am. There’s a viewing platform for visitors where you can catch all the action, and if you’d like a guided tour, that’s possible too, you just have to call and book in advance. Once the action is all done and dusted, treat yourself to an ultra-fresh bowl of donburi, locally caught seafood on rice.

When you’re ready, head back into the center of Sapporo to better understand the city’s rich art scene. Kanata Art Shop is one of Sapporo’s best secret shopping gems. Hidden on the sixth floor of a relatively non-descript building Kanata isn’t easy to find, but rewards those who make an effort. The small, but well-stocked store and gallery sells a hand-selected array of handicrafts and goods from across Japan. One of the highlights is the surprisingly lightweight but durable wooden homewares created by the husband-wife duo who work under the name Takahashi Craft.

Just a two-minute stroll from Kanata in the BISSE building sits Farmers Herb Bisse, a specialist herb shop that’s been producing flavorful, healthy, organic, pesticide-free herbs since 1991. You may think you know Japanese tea, but not like this, the store sells a variety of unique blends, but two of the most popular options are the classics chamomile and mint. If you want to know more, ask the friendly staff behind the counter for a sample, they’re always more than happy to help you uncover the breadth (and width) of the local organic tea scene.

You can’t visit Sapporo without paying a visit to Nikka Distillery, one of two Nikka distilleries, the other is in Sendai. Although Japan is the nation that brought us sake, it also has quite the reputation for whiskey too, but that wasn’t always the case. In fact, when first introducing the golden stuff to Japan, Nikka’s fearless leader and Japan’s first Scottish-trained whiskey master Masataka Taketsuru faced quite a bit of skepticism. Born in 1934, the distillery was stationed here up north as the city has a rather similar climate to Scotland—but you can learn all this and more, and nab a few free samples of whiskey, if you sign up for a distillery tour!