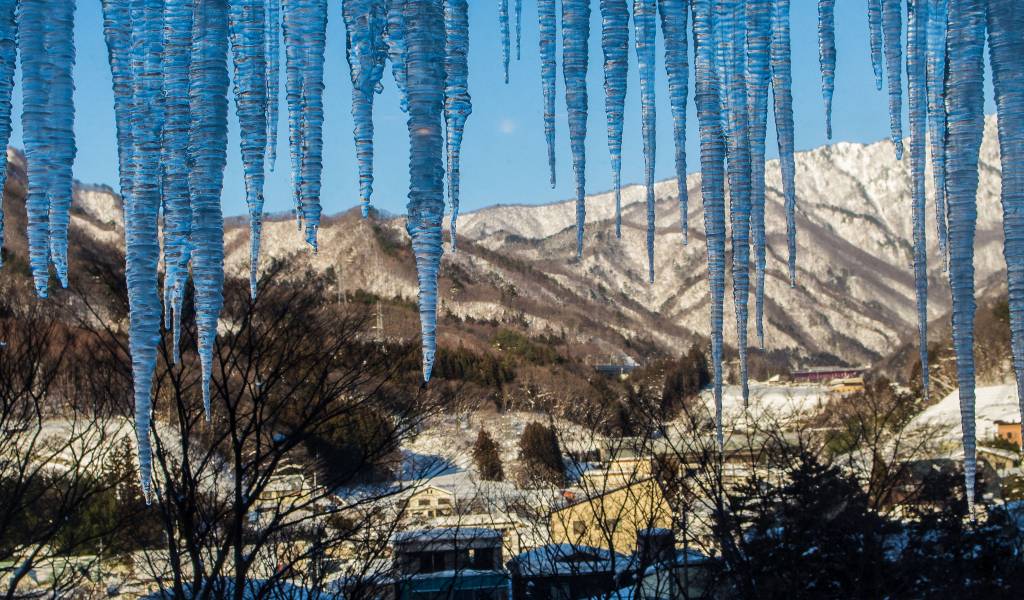 Of all the things in Japan, onsen (and I mean real onsen, the ones in scenic locations with luxury hotels) are probably the most serious challenge for those of us who are seriously challenged in the budget department. They are often in places served exclusively by bullet train (which can be more expensive flying). Offering accommodation and amenities that outside Japan can be found only in 5-star hotels, the onsen are usually left out from the plans of most true-blooded cheapos.

Luckily there are a few hacks; my personal favorite landed us a sweet deal for the Minakamikan in Gunma prefecture. For the price of a shinkansen ticket from Ueno to Minakami and back, we got said ticket, a shuttle bus for a nice 15-minute ride through a town completely covered in snow (and back), one night at the onsen in a washitsu style room (tatami, futon etc.) that could easily sleep four, one kaiseki formal Japanese dinner, an all-you can eat breakfast buffet and free use of a private rotenburo (i.e. open-air bath). In other words, it was like we paid for the onsen but got the shinkansen for free (or vice versa).

The hack was JR’s travel bureau (aka “View” –or because this is Japan, “Byu”). If your Japanese is up to task you can try their websites “View” (http://www.v-travels.co.jp/) or “Eki-net” (https://www.eki-net.com/top/index.html) and select packages for various destinations all over the country; depending on the season and the dates (hint: never a holiday, not even a weekend). The prices will surprise you pleasantly – we still had to pay ¥15,000 each but it was almost a 50% discount, not to mention that for all the above it was money well spent. If your Japanese is, ahem, less than perfect try their offices in most major JR stations – yes, they do have English-speaking staff.

Minakami is an onsen town: the Minakamikan is one of the 17 lining the Tone River and surrounding areas. Also, being in Gunma’s northernmost corner, next to Niigata Prefecture it’s deep in snow country; especially in January and February the snow is so plentiful and so deep that you can hardly believe you’re just an one-hour train hop from Tokyo. When we got there (mid-February) there were 30cm to 90cm (1 to 3 feet) of snow covering everything and the streets had sprinklers on almost constantly to keep them clean. Since we don’t ski and we like onsen, we didn’t mind staying in (other people did try a walk to the onsen-machi i.e. walking across the riverbank though – we heard them say it was “sugoi”) and concentrating on the baths.

There were 13 of them, (not counting the private ones which you can book for 45-minute sessions) and because like most onsen the Murakamikan alternates men’s and women’s once a day we both got to see all of them – yes the view of the snow covered mountains and the river was beyond description. Equally good was the kaiseki ryori – the multi-course traditional dinner with dishes being brought in waves by kimono-clad waitresses or cooked on the spot in beautiful tiny pots, and so was the buffet the next morning. There is a special kind of peacefulness when it’s snowing all night and you’re deep in a futon in a warm room, after several hot baths, lots of good food and a couple of drinks.

There are hundreds of onsen in Japan, some more famous than others and all with their special charms. If you are in Tokyo and want to try something that won’t break the bank and will give you a good idea of why this type of vacation/getaway is so popular in Japan, packaged deals like this for the Minakamikan are not a bad way to go.