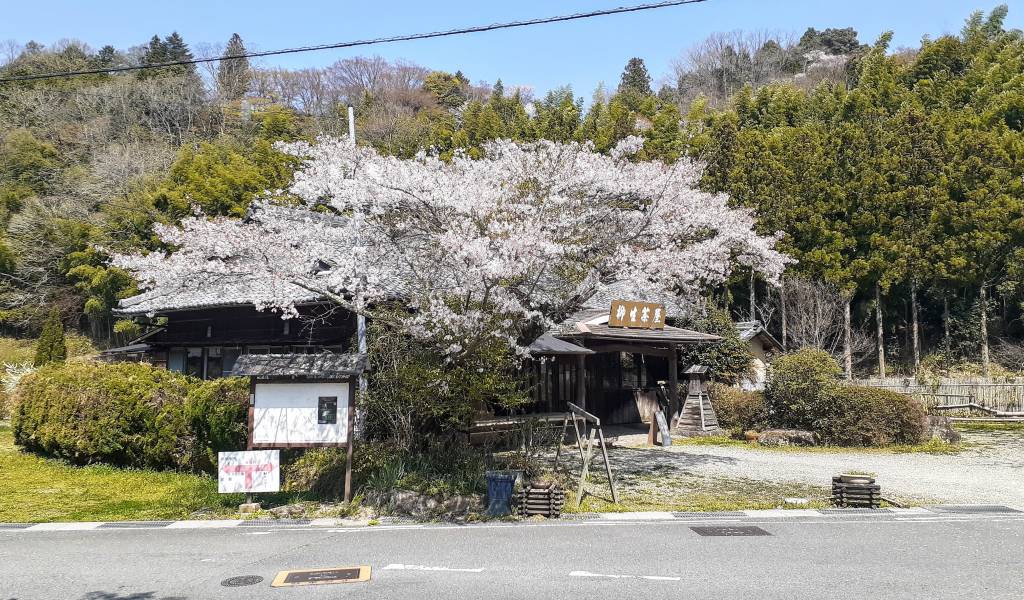 Yagyū Village is outside the main tourist map of Nara, but the name lives in legend. Although ‘Yagyū’ may be more familiar to kendō practitioners and lovers of Japanese history, the illustrious one-eyed samurai, Jūbei Yagyū, also appears in numerous manga, anime, and video games. This beautiful and tranquil village is not so far from Nara City, and its walking trail—the Yagyū Kaidō—is one of the best walks in Kansai.

Legends of the Yagyū Clan

These were neutralizing techniques which eschewed reliance on brute force. In doing so, he founded the Yagyū Shinkage-ryū school of swordsmanship which still exists to this day.

His success in turn attracted the attention of general Tokugawa Ieyasu under Toyotomi Hideyoshi. Toyotomi Hideyoshi was Japan’s ‘Great Unifier’ at the end of the Sengoku civil war period and he also built Osaka Castle.

In a demonstration, Munetoshi disarmed Ieyasu three times. Impressed, Tokugawa Ieyasu granted him hereditary status as teacher of the Tokugawa. Citing old age, he passed this honor unto his fifth son Munenori. In legend, Munetoshi also cut a giant rock, the Ittō-seki, in half while battling the big-nosed mountain giant Tengu.

His son, Munenori, later helped Tokugawa Ieyasu defeat Toyotomi’s successor in the great Battle of Sekigahara in 1600 leading to the Tokugawa Shogunate. In turn, Munenori’s most famous son was Jūbei Mitsuyoshi, the one-eyed samurai, who was also a master of ninjutsu having studied ninja arts in Iga Ueno.

Getting to Yagyū Village from Nara

There are two ways to Yagyū Village—take the bus or walk. The bus starts from JR Nara Station and then stops by Kintetsu Nara Station. The midpoint stop is Enjōji Temple. It costs ¥970 to Yagyū and takes around 45 minutes.

For returning to Nara, the Nara west bound bus-stop is the one just around from the Yagyū Post Office. It’s opposite a friendly kissaten diner called 十兵衛食堂 (Jūbei Shokudo). The diner is also one of the few places to sit down and eat in Yagyū Village.

Walking to Yagyū is actually a thing to do. Yagyū Village is the keypoint of an ancient pathway called the Yagyū Kaidō. The first part of this road is called the Takisaka-no-Michi and it goes through primal forest and small sections of open country from Nara City to Enjōji Temple.

The second part of this scenic walking and hiking route is the Kengō-no-Michi from Enjōji Temple to Yagyū Village. The third leg is from Yagyū to Kasagi in Kyoto. The bus to Yagyū Village always stops at Enjōji Temple. See below for more information on hiking this route.

Another way to Yagyū Village is via JR West lines to Kasagi Station—a couple of stations from the Kamo interchange. From Kasagi, you may be able to get a taxi, but it’s pricey and takes around 15 min. Alternatively, you can walk the Yagyū Kasagi-no-Michi (11 km). This route includes key sites in Yagyū, a landscape of unique rock formations, and rivers. However, unless you want to walk back the same way, you’ll have to take the bus back to Nara City.

Things to see and do in Yagyū Village

Yagyū Village is a unique experience also for its geography. It’s one of those narrow valley towns of Japan so there’s a fair bit of legging to get around. Bicycles may be available for rental from Yagyū Chaya (柳生茶屋)—a community space and restaurant—but you should check first by emailing them.

These are key points on the map which is also available online and you can read more on the same Yagyū website.

Given the layout of the town and sights, the best route is to go first to the Ayataya Stone Buddhas. From there, stop by the Jūbei Cedar, double back down the mainroad and cross the Momiji Bridge to Hōtokuji Temple.

From there, it’s about a 30 min hike up the mountain to the famous Ittō-seki rock. Coming back, you can cross over the main road to the Yasaka-jinja and take the back path to the Old Residence. The bus stop is about 5 minutes back on the other side of the main road.

If you’re doing the 9 km cross-country hike from Enjōji along the Kengō-no-Michi, it’s best to walk along to the Yasaka-jinja Shrine and then head up to the Ittō-seki Rock. Hōtokuji Temple could be optional, but then head across the road to the Historic House and along to the Jūbei Cedar. You may not have time to reach the Ayataya Stone Buddhas before the 15:52 bus. It takes at least 70 minutes there and back in total from the bus stop. The last bus is 17:30, so take your chances accordingly.

Hiking the Kengō-no-Michi of the Yagyū Kaidō is not exceedingly difficult, but requires a reasonable level of fitness and stamina. This trail is well-marked in both Japanese and English with wooden sign posts. You can also find guided walking tours which include cultural activities and a stay-over in Yagyū Village.

Take plenty of snacks and lunch because there are no shops, including convenience stores. There are vending machines along the way and rest-rooms at key stops.

Setting off and the Kengō-no-Michi trail

When you get off the bus at Enjōji Temple, walk across the road and in the direction of the bus you came on. You’ll see a steel tower on the opposite side. The entrance to the path goes down and the sign is easy to miss.

In other places too, the wooden trail markers are low down on the road. Most of the trail is off-road, so if you’re heading down a main road, you’ve probably gone off course. One such place is on your first descent into the valley and the turnoff to Yagyū Yamaguchi-jinja Shrine. If you walk past a white building and a green logo saying JAならけん, you’ve gone too far.

After the very small Nanmyōji Temple you’ll head off across some really beautiful countryside. The signs will point to Hōsōjizō. However, to get there requires a fairly strenuous hike up the mountain ridge and down to the bottom. Hōsōjizō is actually in Yagyū Village at the bottom of the opposite ridge.

As you enter the mountain hiking trail there is only an ad hoc sign showing the way. Just remember you have to trek up the mountain, but a wooden sign mark should appear soon into the forest. Here you will encounter sections of the ancient stone path.

However, as you near the summit, the path is only barely discernible and there is an overgrown grassy section. Just carry on up and soon you’ll be relieved to see the sign pointing down to the Hōsōjizō.

A stayover in Yagyū is often part of a private tour. It may be an option if you miss the last bus or decide to hike the Takisaka-no-Michi and Kengō-no-Michi in one day. The following day can be sightseeing in Yagyū and perhaps walking the last 11 km to Kasagi station.

Accommodations are more along the lines of a minpaku or small guesthouse. You can find your pick promoted by the Yagyū Tourism Association. Private bookings are mostly through Rakuten Travel or Jalan. Yagyū Minpaku, a friendly family guest house with bicycle rental, can also be found on AirBnb.