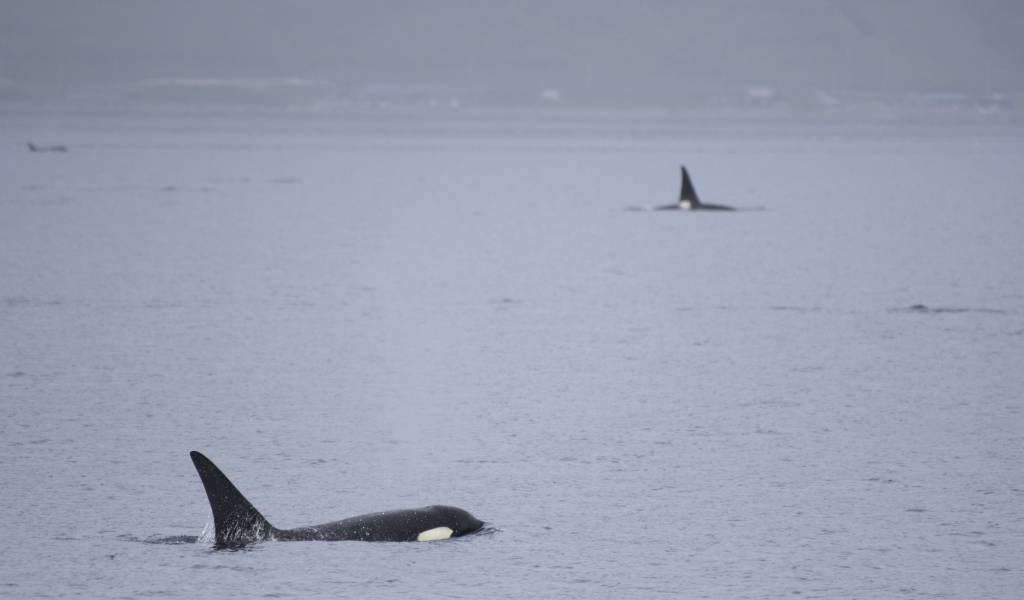 Whale Watching and Dolphin Swimming in Japan: Where to Go

The word “whale” in conjunction with Japan doesn’t always elicit the most pleasant mental image—sadly. But luckily there is another side to the relationship between humans and whales here.

Many people appreciate how magnificent these marine mammals are and recognize their intelligence and unique behavior. Younger folks especially are quite interested in interacting with them through whale watching or even whale swimming tours. The same goes for their smaller cousins, dolphins. Japanese waters are inhabited by a variety of porpoises (the scientific term for whales and dolphins). Sperm, humpback and pilot whales, as well as bottlenose, spotted and Risso’s dolphins, inhabit the waters around Japan and are frequently sighted.

Below are a few options to see them during your trip to Japan, and to support this growing industry that promotes a positive relationship between humans and whales. Keep in mind that many of them are migratory, so the activities are mostly seasonal. But at almost anytime of the year you can see some species of whale or dolphin somewhere.

Whales migrate to tropical Okinawa during the winter months. The females give birth in the warm waters of the island chain and it’s an ideal time to observe them. The most popular spot seems to be the Kerama Islands, a small group of islands close to Okinawa’s main island (Naha), so you can conveniently take a tour from here.

Whale-watching season runs from around January to March, with the best chances of an encounter being somewhat in the middle of that time period. Keep in mind that they are, of course, free-roaming animals, so no encounter can be guaranteed—but some providers do offer refunds if you don’t get to see any. Also, while the Internet is full of amazing pictures of whales breaching right next to the boat, this is the exception rather than the norm. But you do have a great chance of seeing whales or dolphins—just most likely a bit further from the boat itself.

The Zamami Whale Watching Association is a provider that receives good reviews and offers services in English. Tours cost around ¥5,400 and leave from Naha. They generally last from 9 or 10am to 5pm.

Another option is a three-hour whale watching cruise priced from ¥3,840, with departures from Naha and Chatan. You can book it on Klook.

One last tip: even if you have sea legs, whale watching means extended periods of time on a boat and most people do get queasy if not full-on seasick during the long ride out. Take something beforehand. The best choice in Japan is probably a seasickness medicine called Aneron (アネロン in Japanese) that is non-drowsy and can be taken just an hour before getting on board. You can find it in any drugstore in Japan.

Two pods of bottlenose dolphins are residents of the bays around tiny Mikurajima Island. The isle is technically still part of Tokyo, but an eight-hour overnight ferry ride away from the city. Dolphin swimming is a popular activity here during the summer months when the water is warm enough, from around May to October.

Several providers offer to take you out, but the guide at Umiton speaks some English, making it the obvious choice. They also provide wetsuits, masks and snorkels for rent. As the dolphins cruise around the island leisurely during the day (at times while they are actually asleep, usually resting half of their brain), the swimmers search for them in small boats. Again, seasickness meds might be a good idea if you are prone.

When you encounter a pod, you can jump in with them. The experience really depends on what mood the dolphins are in: sometimes they will just pass by, sometimes they will happily swim up to you to play. Besides dolphins, also keep your eyes peeled for other marine life. During our swims, we encountered a turtle, a ray and a pod of large, black pilot whales that was passing through!

The ferry for Mikurajima leaves Takeshiba Pier in Tokyo every night at 10:30pm and you get to the island around 5am the next morning. It is around ¥6,770 for a space on the floor in a shared tatami room, and more if you want a proper bed. The minshuku (Japanese bed-and-breakfasts) on the island are around ¥8,000 per night in tatami rooms with breakfast and dinner included, and your tour guide can book you into one. The dolphin swim is around ¥7,000 and most people stay for one or two nights to enjoy the experience.

Whale swimming is not for the faint of heart and comes with some prerequisites—namely, you must have an Open Water scuba diving license. Why? The whale swim involves snorkeling in open water and inexperienced snorkelers would splash around too much and quickly scare off the whales. It is also done in fairly open ocean, so the operators want to make sure they are throwing only strong swimmers into those conditions. But if you tick all the boxes, get on board! And even if you don’t, most boats also allow watchers alongside swimmers.

Female humpback whales migrate from January till March from Arctic waters, where they feed, down to Okinawa, where they give birth to their calves. On their migration, they pass by Amami Oshima, Kyushu’s southernmost island, where you can jump in with them.

The whale swim tours usually leave in the morning from the southern tip of Amami. You first need to get out of the Amami Strait to the open ocean that is the “whale highway”. Then it is all chance and luck. You might spend a few hours looking for whales, or find a mother and calf within 20 minutes and spend the whole morning swimming beside them. Also, sometimes whales are spotted, but you can’t get into the water with them. If the whales are in a rush, they will outswim a human and only whales that are either swimming at a leisurely pace, resting or nursing their calf get the green light for the swim, as this means they are fairly stationary.

If you come down to Amami for the whale swim, it seems that planning for two days of whale swimming heightens your chances of seeing them. There are also lots of other cool things to see and do on Amami, like scuba diving on coral reefs, or snorkeling.

There are direct flights from Tokyo that often start from around ¥20,000 for a return ticket. It takes around 2.5 hours to get to the island.

Amami is a big island, and the airport is in the north and the whale swim in the south. To get there, either rent a car (from ¥3,000 a day) or rely on the public bus system that can get you to the nearest bus stop where the tour operator will pick you up.

For tour operators, you can try Amami Marine Service, which is run by an experienced guide. Their whale swim costs around ¥1,200. Another option is the company Zero Gravity, which has English-speaking staff and also caters to people with disabilities and in wheelchairs, aiming to make diving and snorkeling barrier-free. Their whale swim prices start from ¥14,000.

While we do our best to ensure it’s correct, information is subject to change.

Written by: Mareike Dornhege
Filed under: Things to Do
Tags:
Sharing