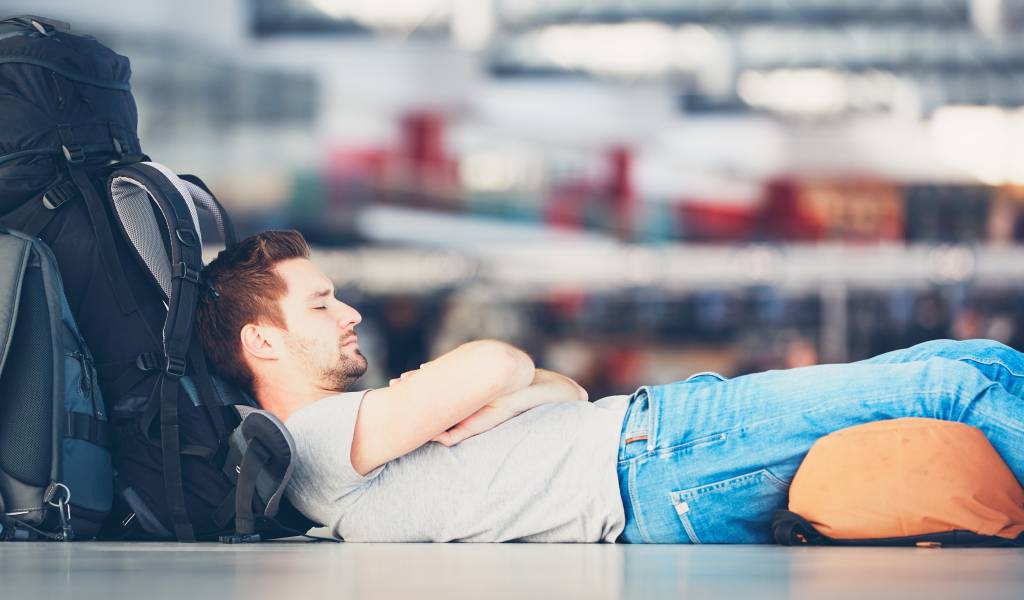 Time slows to a crawl. You start to wonder if the faux-leather seats really are any more comfortable than lying down on the floor…

Like it or not, spend long enough traveling in and around Japan and eventually you’re going to end up spending some time on a layover. If you’re lucky, that just means staving off boredom for a few hours. If you’re not so lucky, you could find yourself flushing upwards of 8 hours of your life down Japan’s high-tech toilets. But lose not hope, weary traveler. A quick look at this guide and you’ll be ready to ditch your bag in a coin locker and get exploring. You might just enjoy yourself!

Frustratingly, getting between central Tokyo and Narita can be a real pain. At roughly an hour from most of Tokyo’s main attractions, it’s just close enough to be tempting, just far enough to cause real problems when transport issues arise.

Unless you’ve got a lot of time kill, you’re better off sticking to the Narita area than heading into downtown Tokyo. If you’re really desperate for some city action, there are a bunch of transport options, just be sure to leave plenty of travel time for your return trip.

Fortunately, Narita Airport offers a wide range of guided tours of the local area, complete with shuttle buses during the day. Not so keen on the idea of a volunteer companion? It’s still worth checking out their website for inspiration. It details tour routes to suit a range of budgets—as well as a list of nearby cultural events sorted by date. Just rock up at the Narita Transit & Stay counter in the airport before 5pm for help arranging your volunteer or self-guided tour. There are often also cultural shows and exhibitions to enjoy within the airport.

If you’ve arrived late at night, your options are decidedly less bountiful. Your best bet is probably to grab a shower and relax in privacy at Terminal 2’s capsule hotel. Prices start around ¥4,900 per night.

Haneda may be Japan’s busiest airport, but an overwhelming majority of Tokyo’s international flights go through Narita. That means you’re actually not all that likely to spend a long layover here—but it does happen.

Haneda lacks many of its sister airport’s amenities. But what it lacks in lounges, cultural events and volunteer tours, it makes up with its proximity to central Tokyo. There are plenty of transport options, so it’s well worth stretching your legs outside the airport if you’ve time. Many countries don’t require a visa for short stays, otherwise you may need to arrange a one-day tourist visa.

If you’ve had your fill of the usual tourist hotspots, or you’re worried about getting back in time, you might want to consider staying local and exploring Ota. It’s only a 10-minute journey, and with temples, shops, bars and even a 24-hour onsen (natural hot-spring bath), you’ll find something to do whenever you arrive.

See our detailed guide for more ideas on how to spend your Haneda layover.

While the airport itself isn’t much to write home about, it’s only a hop, skip and a jump from the action of the city itself.

In terms of ways to pass your time outside the airport, consider yourself lucky—Fukuoka is full of cultural and culinary delights that many travelers leave off their itineraries. Check out our guide to Fukuoka for more ideas on how to spend your day there.

Owing to the airport’s proximity to the city center, flights stop at 10pm and resume again around 7am—so expect your terminal to be a ghost town later on. The airport apparently forbids overnight stays, kicking people out at around 10:30pm, though I have to imagine there are exceptions to this rule (presumably some people can’t leave the airport for visa reasons). Unless you’re happy taking your chances snoozing on a chair, a good plan is to find a reasonable place to stay, slurp down a bowl of the local ramen, and sleep though your layover.

If you’re looking for a reliable no frills option, Fukuoka Backpackers Hostel is within walking distance of Hataka Station—just remember to let them know in advance if you’re arriving late. If your flight leaves early in the morning be prepared to book a taxi, as public transport from the city center doesn’t start until after 5:30am.

Situated on an artificial island to the southwest of Osaka, Kansai International is among Japan’s most inconveniently located airports for potential explorers. There are a few possible routes, but getting the train to Osaka is the most popular option.

Getting there takes around an hour from Osaka’s city center. Factoring in a return journey and a couple of hours to get through security, your time gets eaten up pretty quickly—so leaving the airport is only really an option for longer layovers.

Unlike the location, the facilities here are great, including 24/7 eating options, coin-operated showers and an observation deck. There’s also a dedicated sleeping area, which offers free blankets and pillows at night. If you can rest while the world rummages around you, it’s certainly your cheapest bet. There are a few lounges that allow you to pay for entry, but with their lack of sleeping facilities, there’s not much point unless you’re just looking for somewhere slightly more private.

If a comfortable bed is something you can’t go without, Bigtree Guesthouse near Izumisano offers some of the most reasonable rates in the area, just a couple of stops from the airport on the Nankai line.

If you are making the journey into the city, check out our full guide for so many ideas you’ll want to come back with a longer layover.