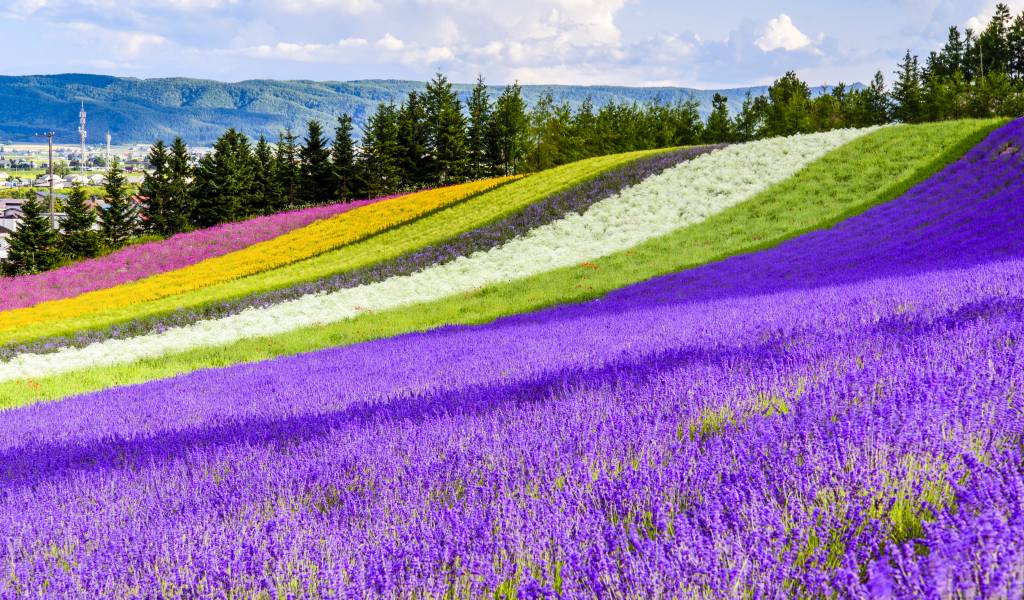 The country-wide Japan Rail Pass is a well-established excellent deal. But what if your travel plans are focused on just one part of the country, like say Hokkaidō? In that case, JR Hokkaidō has some rail passes just for you — that might be an even better deal. There’s the JR Hokkaidō Pass, which covers the whole island, as well as two new regional ones.

Read on to find out if a Hokkaidō rail pass is right for you, and what you can do with it.

Good news! Through March 2023 both the Sapporo–Noboribetsu Area Pass and the Sapporo–Furano Area Pass can be purchased by foreign passport holders on any visa. However, note that only foreign passport holders on a temporary visa can puchase the passes online at the overseas discounted price; foreign residents should purchase their passes in Japan at Sapporo Station or New Chitose Airport.

The JR Hokkaidō Pass covers rail travel on Japan’s northernmost island, Hokkaidō. It does not cover the Hokkaidō Shinkansen, which connects Hokkaidō with Honshū. Instead, it covers travel on the network of rail lines that connect Hokkaidō’s major cities and tourist destinations, and also New Chitose Airport. You can use it to travel from Hakodate at the southern tip of Hokkaidō to Wakkanai or Nemuro, the northernmost and easternmost points in Japan, respectively.

Since it does not cover getting to Hokkaidō, it is designed for travelers who are flying into New Chitose Airport (or taking the ferry to Tomakomai). If you want to take the Shinkansen to Hokkaidō, consider instead the nationwide Japan Rail Pass or the JR East–South Hokkaidō Rail Pass.

How much does the JR Hokkaidō Pass cost?

The JR Hokkaidō Pass is good for either five or seven days of consecutive travel. The 5-day pass costs ¥19,000 and the 7-day pass costs ¥25,000 if purchased via an overseas travel agency. Purchased from JR, both passes cost an extra ¥1,000. Passes for children (aged 6–11) are available for half price.

Who can use the JR Hokkaidō Pass?

Only foreign passport holders on a temporary (tourist) visa are eligible for the JR Hokkaidō Pass.

Where can I buy the JR Hokkaidō Pass?

The pass can be purchased from an overseas travel agent (including online) or from the JR East website (for an extra ¥1,000).

What is included in the JR Hokkaidō Pass?

All JR rail travel except for the Hokkaidō Shinkansen. It also does not cover the non-JR South Hokkaidō Railway, which travels from Hakodate south to Kikunoi (a fairly minor route); the subway in Sapporo; or the tram in Hakodate.

The JR Hokkaidō Pass includes reserved seats on limited express trains at no extra charge; however, like the Shinkansen, you do need to make a seat reservation.

The rail pass covers some bus routes: it covers JR Hokkaidō buses (useful for getting to Sapporo-area sites), but only one intercity express bus route (the one connecting Sapporo and Otaru; there is also rail service between the two cities).

Unfortunately, many popular destinations require at least some travel on a bus that is not operated by JR Hokkaidō. For example, you can take a train from Sapporo as far as Noboribetsu Onsen Station, but to actually get to Noboribetsu Onsen — one of Japan’s best destination onsen — you have to then ride a Donan bus for another 20 minutes that costs ¥350 and isn’t covered by the pass.

The pass also does not cover any ferries (like those to Rebun or Rishiri islands).

Is the JR Hokkaidō Pass a good deal?

That depends on where you want to go! Hokkaidō is a comparatively large region with a lot of distance between cities and attractions. If you plan on covering a lot of ground, the JR Hokkaidō Pass is a good deal. If you are sticking to just one part of Hokkaidō, then a regional Hokkaidō rail pass might be a better deal. Or it might just be easier to travel by car.

The cost of riding limited express trains between Hokkaidō’s cities adds up: for example, the one-way fare between Hakodate and Sapporo (a 4-hour journey) costs ¥9,440. So it is easy to see how this pass can make economic sense, even if it doesn’t include any Shinkansen lines. See the fare chart below for more sample train fares.

On the other hand, if your plan is to go deep into the wilderness, a rail pass might not be the best way to go. Because trains may not be the best way to go. For example, if you want to go hiking (or skiing, sightseeing, or onsen-soaking) in Daisetsuzan National Park, the nearest train station is Asahikawa; from there you still need to take a 90-minute bus, which costs ¥1,450 and isn’t covered by the pass, to Asahidake Onsen, the nearest entry point to the park.

Note that, unlike the JR Hokkaidō Pass, these regional passes are only good for unreserved seats on limited express trains. They also don’t cover travel on buses (JR or otherwise) or the subway in Sapporo.

Check the fare chart below to work out whether or not a rail pass will save you money. Remember, the two regional Hokkaidō rail passes only cover unreserved seats, so refer to the prices in that column.

While we do our best to make sure everything is up to date, information is subject to change at any time.