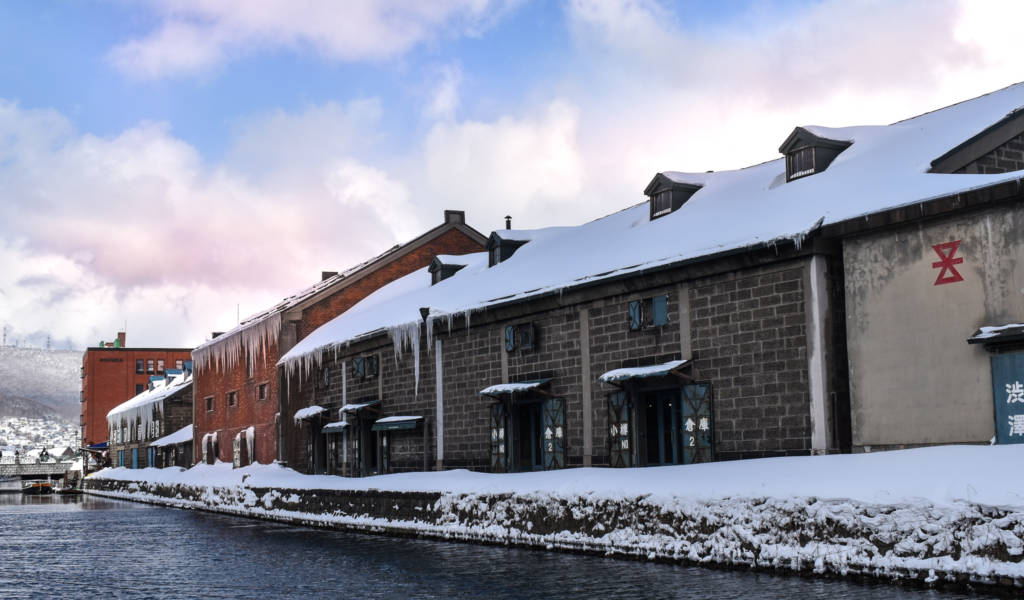 A Day Trip to Otaru: Hokkaido’s Most Underrated Tourist Destination

Sapporo is a great city, and Niseko is a famed ski destination with incredible snowscapes—but there’s so much more to Hokkaido beyond these two well-trodden tourist destinations. It’s time to get to know Otaru, Hokkaido’s most scenic city.

Humble in size but not in style, the European-influenced Otaru is a popular location for domestic tourists, but outside of Japan gets little fanfare. It’s less than an hour from Sapporo by train but oozes unique local charm and an ambiance quite unlike anywhere else. An accessible day trip and an excellent weekend vacation, next time you’re up north, add Otaru to your itinerary.

Otaru was the home of Japan’s indigenous Ainu people and its name means “river running through the sandy beach”. The Ainu people lived and worked in the northern parts of Hokkaido and Russia’s southern islands. By the Edo period, and early days of the Meiji Restoration (1868) came around, Ainu culture was disappearing as the Japanese government wished to transform the nation into what they considered a more “modern, Western-style” society. Today, the nation’s Ainu population is recorded to be around 25,000; given the group’s assimilation, rough estimates state that the true population is around 200,000.

Around the same time in 1880, Hokkaido’s first railway line opened connecting Otaru and Sapporo. Within the following decade, the city was established as a trading port open to the US the UK, and Russia.

During the 20th century, Otaru was arguably Hokkaido’s most bustling destination. In the roaring 1920s, the city’s most prominent feature, its central canal, was constructed. The city’s economy soon boomed as the area became a hot spot for merchants who started building warehouses along the canal, making good money off international trade, craft production, and the fishing industry. It’s this moment in time that laid the foundations for the city we see today.

Although its history is long and its culture expansive, Otaru is relatively humble size wise. Its population clocks in at 120,000 people. Otaru’s land area is just 243.1 square kilometers, about a quarter of Sapporo, making it easy to explore a lot in a short amount of time.

The best place to begin your Otaru adventures is at the picturesque canal (famed for its winter snow festival), flanked by the slowly but endearingly aging merchant warehouses. This unofficial city center is an excellent place to snap the postcard-perfect photo and embrace the city’s nostalgic atmosphere. In summer, cruising down the canal in one of the sightseeing boats is a great way to see the city; however, it’s arguably most beautiful in winter when the air is crisp, the sky clear and the rugged mountains play scenic backdrop.

The city is famous for its craft production, the number one of which is glass. Throughout Otaru’s modern history, the city’s craftspeople produced a lot of glass buoys which were used by the area’s herring fishermen. Also, compared to the rest of Japan, Hokkaido was a little late to get electricity, so oil lamps were used deep into the 19th century. As an unintentional effect, the city is now practically overflowing with shops selling delicate glassware, but the best in the area has to be Kitaichi Glass because it’s far more than just a glass store.

Kitaichi Glass’s warehouse-style building has more glass than you could ever imagine, but the best feature is its coffee house. The interior of the coffee house could best be described as if a church was transformed into a kissaten (old school Japanese coffee and tea shop) With its cathedral-like A-frame roof, exposed wooden beams, and starry, lantern-lit ambiance it feels like stepping straight into a movie scene.

No other space quite compares to Kitachi’s coffee house, but wandering along Sakaimachi shopping street is a great way to soak up the atmosphere of Otaru. If you’re into arts and crafts, this is the place to be. The street is populated by countless arts, crafts, and specialty sake stores.

Also, it’s worth noting that if you do plan to spend big (or at least over 5,000 yen) visitors to Japan qualify for Japan’s Tax Exemption, which is available across Japan—just show your passport and at the checkout to save yourself the 8% consumption tax.

Otaru is a city built on seafood, and the best way to get a true taste of the local culture is by nabbing a bowl Kaisen-ya Yoshi-don’s kaisen donburi, white rice covered in a selection of fresh seafood. The restaurant serves an array of kaisen donburi variations, but the local specialty is Hokkai-don which is topped with salmon roe, succulent, locally sourced crab, and melt-in-your-mouth uni (sea urchin).

Chicken so good they post it around the country

If seafood isn’t really to your taste, then Naruto Honten might be a little more up your alley. One of Otaru’s most-loved culinary establishments, this restaurant specializes in what they call its “golden formula” fried chicken. Crispy, generous and the perfect hearty meal for keeping warm during the long-running winter months. Naruto Honten’s fried chicken is in such high demand that the shop ships it across the country, going as far as Okinawa!

How to get to Otaru

Between Sapporo and Otaru on the JR Hakodate Main Line, there are daily trains that run regularly. From city to city, the trip will take you about 45 minutes by train, and the journey costs ¥640 each way. If you’re flying directly into Hokkaido, there are connecting trains from New Chitose Airport which run twice an hour.

Written by: Lucy Dayman
Filed under: Things to Do
Sharing