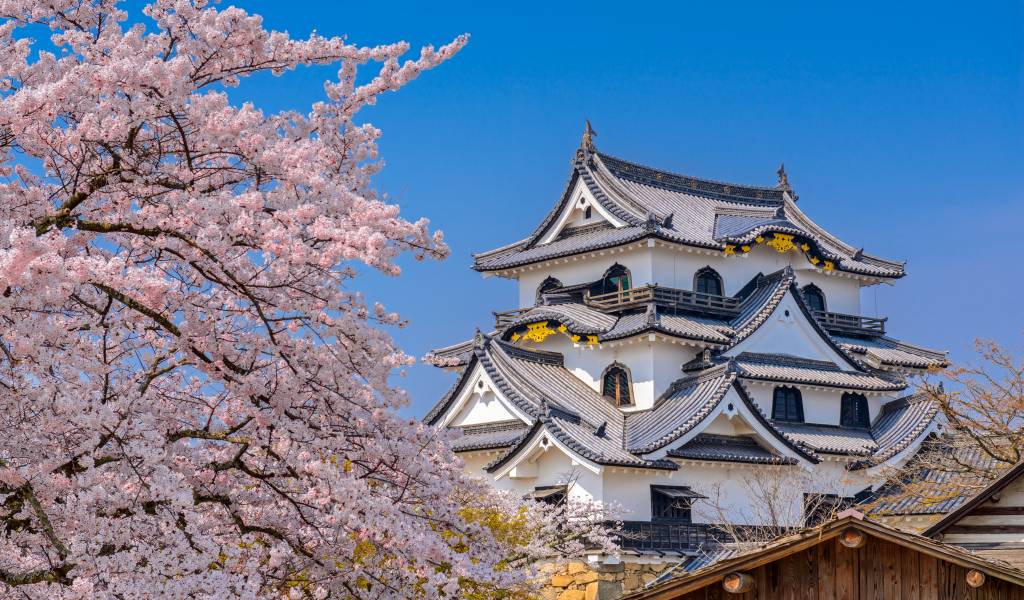 Hikone Castle: One of Only Twelve

Hikone, located in Shiga Prefecture, is a castle town where you can get a taste for the architecture and atmosphere of feudal Japan. It has a long history revolving around its most iconic symbol, Hikone Castle.

Bonus: Just around the corner of the castle, another amazing treat awaits you—a chance to try Omi beef, one of Japan’s most famous (along with Kobe beef and Matsuzaka beef).

Hikone Castle, one of only twelve

Hikone Castle is one of only twelve castles in Japan that has its original keep intact. It has survived natural disasters, fires and wars since 1622. Using materials from the destroyed Nagahama Castle, the castle was built for the Ii family (one of the most formidable samurai families). Shizuoka native Ii Naomasa was a loyal ally to the Tokugawa family during the Warring States period, and his samurai were renowned for their loyalty and fighting spirit. Such distinction earned them the privilege of dressing in blood-red armor and hold prominent roles in Tokugawa’s campaign across Japan.

When Commodore Perry arrived at Edo (modern-day Tokyo) to force open Japan’s gates, Ii Naosuke was a chief minister under Tokugawa assigned to negotiate with the Americans and was later assassinated by other samurai disgruntled with him supporting the Harris Treaty, which opened Japan’s ports for trade. The Ii family reigned in Hikone for over 200 years until the end of the feudal era in 1868.

As mentioned above, the keep is original and so are most of the broad inner moats, ornate black and white walls with massive wooden beams, and openings for firing guns and arrows. While some of the side buildings were lost and had to be reconstructed, but Hikone remains the most complete feudal Japanese castle.

Lastly, who could forget about Hikonyan, the local white cat mascot, that appears at the castle once a day (see the schedule here). The legend behind Hikonyan asserts that when the third lord of the castle, Lord Li Naotaka, was practising falconry near Gotokuji in Tokyo, a cat beckoned him to enter the temple for a short rest. While resting, a thunderstorm erupted and struck a tree where the lord had been standing.

Tranquility within the keep

Within the castle grounds lies Genkyuen Garden, home to a large late 17th century style pond, modeled after the Chinese palace garden of the Tang period, with four islets and bridges connecting them to a pathway. It was built in 1677 for the castle lord to entertain his guests, and the Hosho-dai teahouse in the garden today serves as a great place for visitors to enjoy green tea or as a photography scene for showing off your kimono or yukata.

Yume Kyobashi Castle Road, located just outside Hikone Castle, is a modern reconstruction of Edo-period-style buildings housing dozens of boutiques, cafes and restaurants. While you are there why not try the local specialty, which also happens to be one of Japan’s three most famous kinds of beef, Omi beef. Often served as a steak or in hotpot, Omi beef is preserved in miso or soy-bean paste, and comes from cross-bred Japanese and non-Japanese cows, making a delicious dish with a rich flavor and soft texture.

From Kyoto Station, Hikone is easily accessed by taking the JR Special Rapid Service (for Nagahama) for ¥1,170 one way (48 minutes). You can also take the JR Biwako Line (for Maibara) for the same price, but the journey take an extra 10–15 minutes.