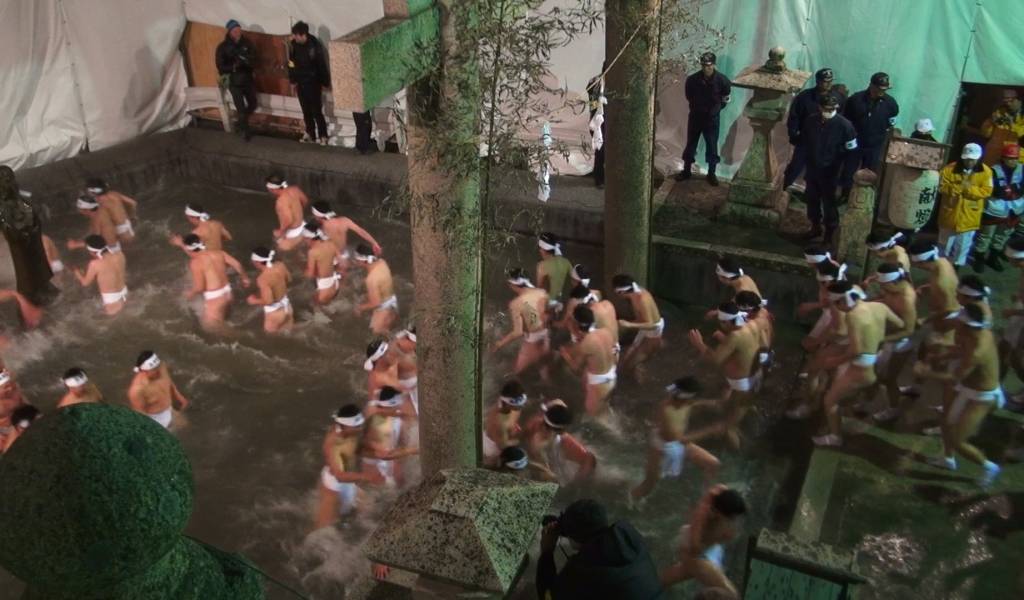 Want a chance to participate in Japan’s third oldest festival? Being a part of a Japanese festival is a sure way to get in touch with the culture, even in the middle of winter!

Now, if I were to invite you to one called “The Naked Man Festival” many readers would probably run away. That’s fine, since running is a big part of the festivities. The great thing about this one is that it’s cheap. You don’t need to buy any elaborate costumes. All you need is your birthday suit, a Japanese fundoshi which resembles a sumo thong and a pair of tabi socks / white tape.

More about prices later. First, let me give you some of the bare details about the experience on which you brave souls are about to embark — with this video.

Okay, you may have chosen to watch the video later. That’s fine. I won’t spoil the ending for you! Instead, let’s go right to the details.

There haven’t been any female participants in recent times, but I was told by the head priest at Saidaiji Temple that women have historically participated. The real Japanese name is hadaka matsuri which does not refer to gender. Simply translated, it’s the “naked festival” but since the fundoshi thong is for men and only men have participated in recent times – recent being the last 400 years – women are not part of the event anymore.

The event takes place on the third Saturday in February annually (see our event page). There are several parts to the festival. >> http://www.saidaiji.jp/website/eyou-activity

Yes, adorable kids in thongs fight to the end for magical sticks. The winner is hoisted on the shoulder’s of an adult and paraded around like a hero. It’s sometimes more violent than the adult event!