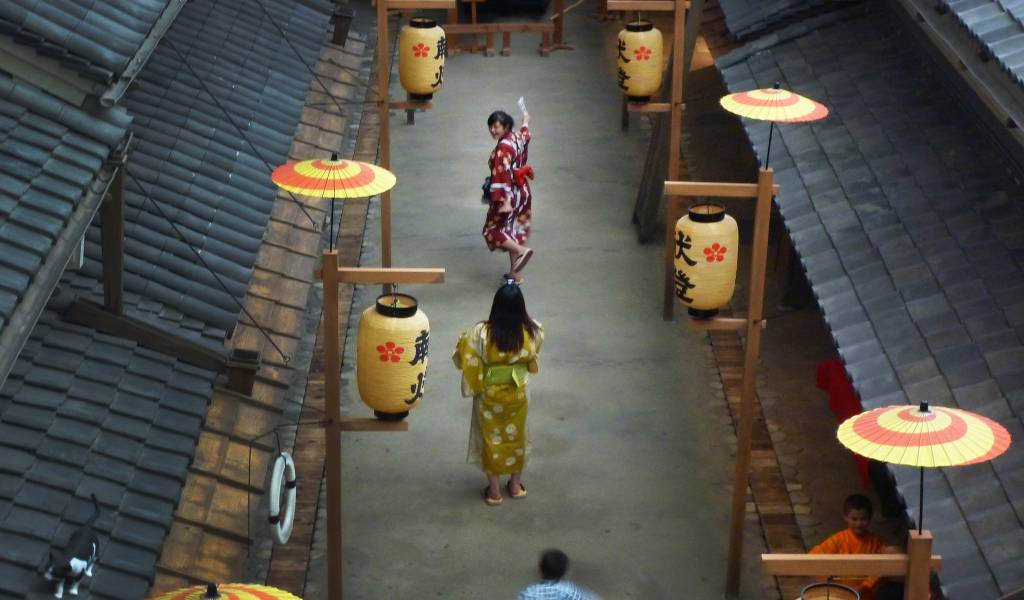 Find out what life was like in the Osaka of old with a free workshop hosted by the Osaka Museum of Housing and Living.

Tenjinbashi is one of the oldest shopping districts in Osaka, but these days it doesn’t really look the same as it did when it was first developed. Just as well then that the Osaka Museum of Housing and Living is located nearby, since it’s the only museum in Japan that has a full scale model of an Edo period shopping street!

The museum has numerous displays about life in Osaka from the Edo, Meiji, Taisho, and Showa eras. The Edo era shopping street takes up the entire 9th floor, and features reenactments of summer festivals, along with the occasional performance. For an additional 200 yen, you can rent a kimono that can be worn over your clothes, and wander around the “streets” of Edo period Osaka.

Other areas in the museum feature gorgeous scale models of everyday life in Osaka’s past—from barbershops to Christian churches. Special exhibits are shown periodically, including two rotating exhibitions about summer festivals (from late April to August) and Osaka as a merchant town (from September to mid-April). The museum also occasionally runs workshops, which is what got our cheapo attention.

Entry to the museum is usually 600 yen, but the museum is running a free workshop in February especially aimed at foreigners. Titled “Traditional Culture, Housing and Life in Japan (Osaka)”, participants can explore the museum in kimono as regular guests would. But wait, there’s more! You’ll will also watch a movie about Osaka’s streetscape and culture during the Edo period, and then, a performance titled “The Story of Osaka Traditional Townhouses”.

Once you change out of the kimonos, you’ll then go to a real Osaka traditional residence! The Yoshida family house was built in 1921 and is now a designated National Cultural Property. There, participants can see a real family home, and enjoy traditional activities like calligraphy, tea ceremony, and dancing.

The whole event runs from around 12 p.m. to 6 p.m. on February 4th, 5th, and 6th, 2017. Each workshop is limited to 20 participants. If your Japanese is good enough, you can also take part in a symposium on “Traditional Life and Culture in Osaka”. The symposium runs from 1 p.m. to 5 p.m. on February 8th, 2017, with a maximum of 150 participants. The symposium features movies, discussions, and more demonstrations of cultural activities.

Applications to join the workshop or symposium must be made by January 25th, and can be submitted through this online form.