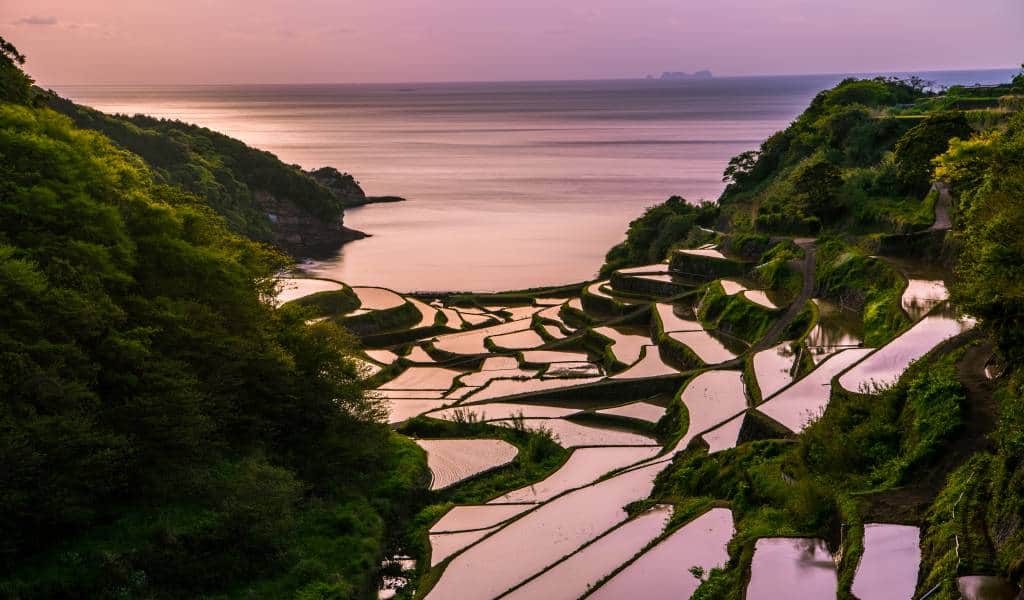 Saga prefecture is located on the northwest of Japan’s southernmost “big island” of Kyushu. Saga isn’t exactly the most famous prefecture in Japan, but there’s more to enjoy than some realize. You’ve got onsen (Japanese style hot springs) and unique historic sites to enjoy.

Saga has its own airport, and you can fly there from Tokyo Haneda in under 2 hours.

The Kyushu Shinkansen runs through Saga with a stop in Shin-Tosu in the far east of the prefecture. After alighting from the speedy train, you can jump on the Nagasaki Main Line to get to Saga City and destinations to the south and southwest. From Tokyo, a bullet train trip takes about six hours and costs upwards of 25,000 yen—making a JR Pass a good idea if you can get one.

Saga has a relatively sparse population. However, there are rail lines that criss-cross the prefecture including many of the JR Kyushu lines.

You can also get rental cars at the airport too. Some train stations have Rent-a-Cars, and at certain JR stations like Saga Station there are bike rentals as well.

If onsen are your thing, then Saga Prefecture should have enough to keep you satisfied. In particular, Ureshino Onsen is one of Japan’s most renowned onsen. The onsen waters are said to make your skin feel as smooth as silk after a bath. And Takeo Onsen is a 1300-something-year-old hot springs town with lots of public baths to go and try.

Further on from Ureshino Onsen is Yutoku Inari Shrine, one of Japan’s three most important Inari shrines. This shrine receives an incredible 3 million visitors each year who pray at the shrine for business success, a family fortune, a great fish catch, or a safe commute or travel.

Although the original Saga Castle succumbed to fire, the current reconstruction is still interesting. With a floor space of 2,500 square metres, the castle claims to be the largest wooden re-construction of a historical building in Japan. The other major castle to visit in Saga is the one in Karatsu. It was from this castle that Toyotomi Hideyoshi attempted an invasion of the Korean Peninsula in the 1500s. The city is also famous for its pottery, Karatsu-yaki. Saga is known for its ceramics, so this might be the place to pick up a bowl or tea cups as a souvenir. Another big historical attraction is Yoshinogari Park. An archaeological site from Japan’s ancient Yayoi Period, the reconstructed villages give of glimpse of life into one of Japan’s earliest civilizations.

There are also certain seasonal events that are widely popular for Japanese and foreigners alike. In early summer a muddy sporting event known as the Gatalympics takes place on the Ariake Sea. Held in autumn, the ‘Saga International Balloon Fiesta’ attracts 15 million visitors, not to mention lots of hot air balloons. Along with balloonists from throughout Japan, the event also attracts a large number of international balloonists.

All Articles about Saga

Things To Do in Saga

Getting Around in Saga