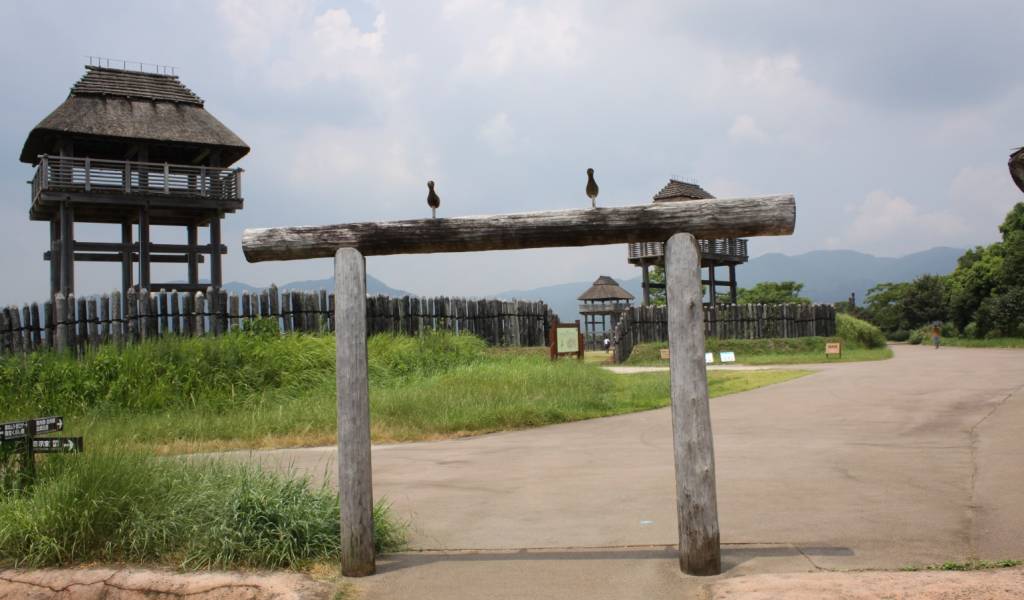 Yoshinogari Historical Park: A Fascinating Glimpse into Japan's Ancient Past

The area of Yoshinogari Park was slated for development as an industrial zone for nearby Saga city, but when early excavation revealed historical artifacts, it was quickly realized that a major Yayoi period settlement had been uncovered. Some academics speculate that this could be site of ‘Yamatai’ as cited in Chinese records – a kingdom under the rule of the priestess queen Himiko.

The Yayoi period spans roughly from 300 BCE to 300 CE – a time shortly before Chinese characters were being used to keep records. Therefore, there is little contemporary information to tell us about exactly who lived at Yoshinogari.

What is known is that this is the largest moat-encircled settlement from the period to be uncovered in Japan.

The modern Yoshinogari Historical park sprawls over an enormous area, with various zones containing reconstructed yagura (towers), the houses of villagers, the dwellings of the nobles, as well as defensive walls.

The museum within the grounds is definitely worth investigation, with examples of the large, meticulously reconstructed burial jars recovered at the site.

It’s possible to spend two to three hours wandering around the site, but if it’s summer you’ll need lots of liquid refreshment to keep you hydrated, as there is very little shade. At the entrance, the park staff lend out sugegasa (traditional conical Asian hats) to visitors. If it’s hot, forget how silly you’ll look and just take one – they’re not for fashion, they’re designed to stop you expiring in the heat!

Their entry prices seem to be higher than those indicated on the website. Adults are 420yen, while school age children are 80yen and preschoolers are free.

If coming by car, you’ll need to pay for parking. The rather high charge (given the parking lot is mostly empty) is 310yen.

If coming by car, take the Higashisefuri Kanzaki exit on The Nagasaki Expressway, then follow the signs to the park. The entrance to the park is on the main road, about 3km from the expressway turn-off.

By train, the park is a 15-minute walk from Yoshinogari Koen Station on the JR Nagasaki Main Line.